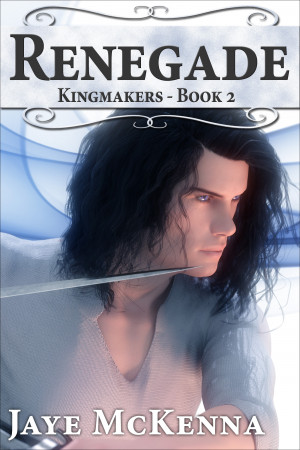 After choosing loyalty to his sworn brother over loyalty to the Khalshir Guild, Coryn is certain he’s just signed his own death warrant. But the Guild Master has plans for Coryn, and instead of being retired by poison, he’s sent to the kingdom of Tramorn to assassinate a princess. What he finds in Tramorn changes everything, and Coryn finds himself faced with an impossible choice. More
After betraying his oath to the Khalshir Guild, Coryn is expecting to be sentenced to a painful execution. Instead, he’s sent out on an assassination job designed to test his loyalty. When the test demands a moral sacrifice Coryn can’t bring himself to make, he flees, only to end up in captivity with two outlanders.

Kai is determined to save his teenage cousin Adrian from an abusive father. Before he can come up with a plan, their long-lost grandfather kidnaps them and whisks them away to another world. Once there, Kai learns that Adrian possesses a power that makes him a valuable commodity, and that protecting him may be far more dangerous than facing down his drug-addicted uncle.

With the Guild hot on his trail, Coryn has no intention of getting entangled with his fellow captives, but when a chance for escape comes, he finds himself unable to abandon the pair to certain death. Reluctantly, Coryn takes Kai and Adrian under his wing, all the while struggling to deny his growing feelings for Kai.

Can Coryn evade the Guild long enough to help the cousins escape their grandfather and find a mythe-weaver powerful enough to send them home? And if he succeeds, will his heart survive losing the man he’s beginning to care for?
Available ebook formats: epub mobi
First 20% Sample: mobi (Kindle)
Price: $3.99 USD
Buy Add to Library Give as a Gift
How gifting works
Create Widget
Tags: romance assassin gay fantasy sword and sorcery musician psychic abusive father other world on the run
About Jaye McKenna

Jaye McKenna was born a Brit and was dragged, kicking and screaming, across the Pond at an age when such vehement protest was doomed to be misinterpreted as a paddy. She grew up near a sumac forest in Minnesota and spent most of her teen years torturing her parents with her electric guitar and her dark poetry. She was punk before it was cool and a grown-up long before she was ready. Jaye writes fantasy and science fiction stories about hot guys who have the hots for each other. She enjoys making them work darn hard for their happy endings, which might explain why she never gets invited to their parties.

About the Series: Kingmakers

The books in the Kingmakers series take place a few hundred years after Wytch Wars, the start of which is detailed in the Wytch Kings series. The kingdoms of Skanda have recovered from the devastation wrought by the Wytch Wars and rebuilt. From the ashes, the Tovashi Domains have risen, ruled by high lords who are sworn to obey the Binding, an agreement that prohibits the possession or building of the powerful mythe-weapons that nearly destroyed their lands. As the lessons of history fade into the distant past, there are whispers of those who would break the Binding and rumors of some who already have. Tensions rise and the threat of conflict looms. It will take a strong leader to bring the squabbling domains together once more and prevent history from repeating itself. Where will such a leader be found? And who will help him bring peace to these troubled lands?

You have subscribed to Smashwords Alerts new release notifications for Jaye McKenna.

You have been added to Jaye McKenna's favorite list.

You can also sign-up to receive email notifications whenever Jaye McKenna releases a new book.