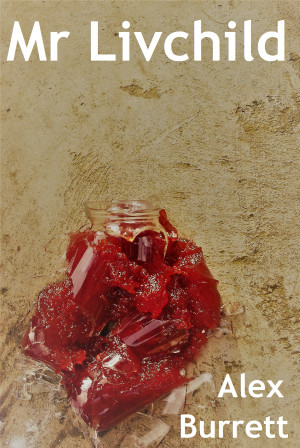 Joe Nurbardy was unloved by his parents and unpopular in school. As an adult he lived an itinerant life in near-future London. Things looked brighter when he got a job at Livchild Preserves – one of the world’s most ethical companies. But, after a meteoric rise, he discovered the company was not as ethical as it claimed. Should he live with the lie… or risk everything to expose it?
Download: epub mobi (Kindle) pdf more Online Reader
lrf pdb txt
Price: Free! USD
Add to Library
Create Widget
Tags: relationship dystopia ethical failure corporations unethical nearfuture scifi novel isolationism corpocracy
About Alex Burrett

He’s been writing creative material since single figures. (Saying that, don’t most of us write creative material when we’re in single figures?) Work and leisure have taken him around a fair bit of Britain and Western Europe, over to the US a handful of times – with a couple of trips to the Eastern Mediterranean thrown in for good measure. In that time he’s scaled and fallen off cliff faces, played and got scared in fresh and salt water, loved, hated, got confused, inebriated, depressed and had moments of extraordinarily blinding clarity. His proudest boast is to be married to a magnificent woman and have four fantastic children.

'Fedw' is a collection of poems scrawled in blood and tears in a tatty notebook over 25 years. It is now available as an ebook.

'A damaged boy' is his second collection of short fiction. It contains two novellas: 'Liftless' and 'The Great Unloved'.

'Outstared by a Bullfrog' is Alex Burrett's second novel. It's trippy. And edgy.

Please post a review of any of Alex's work. Good or bad – he would love to know what you think. 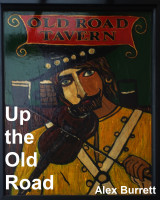 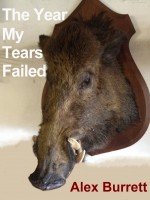 You have subscribed to alerts for Alex Burrett.

You have been added to Alex Burrett's favorite list.

You can also sign-up to receive email notifications whenever Alex Burrett releases a new book.