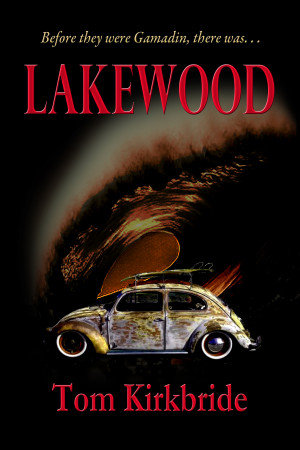 Tom Kirkbride grew up on the beaches of Southern California where the location of Book I, Gamadin: Word of Honor of his GAMADIN saga, begins. Tom was a lifeguard in college at La Jolla, California, and is an avid bodysurfer, skier, world traveler, and artist. All the artwork on the book website is his own, including the front covers of his books. His GAMADIN Book Series (which now includes Books 1 thru 6, 3 short stories, and a theatrical CD) evolved from his love of sci-fi adventure and the desire to write a thrill-packed, character-driven saga for young adults he wanted his kids to read. In 2012 the Renaissance Learning Center added the Gamadin Series to its Accelerated Reader Program for students across the country.

In 2013 Tom released the theatrical CD version of Book I. The 2-hour long adventure explodes with the Audio Comics Company of 16 professional actors and special effects. After hearing the first 30 seconds of the CD, you will understand why people are raving about this release. One librarian commented at a recent book event, "Why didn't they do this for Potter?" It's that good.

Today Tom lives in Northwesst with his wife, their dog Jack, 2 horses, Andy and Bailey, and far too many cats.

The Gamadin Book Series, 7 novels to date with more coming, is a young adult sci-fi adventure series involving Southern California surfers who find an ancient flying saucer...that still works! The Series is a character-driven, adventure for all ages, like Potter, and is part

Reviews of Lakewood, a Gamadin Prequel by Tom Kirkbride

You have subscribed to alerts for Tom Kirkbride.

You have been added to Tom Kirkbride's favorite list.

You can also sign-up to receive email notifications whenever Tom Kirkbride releases a new book.