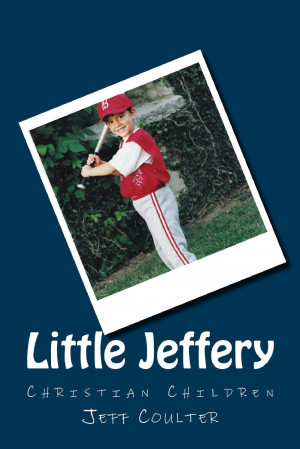 By Jeff Coulter
Little Jeffery is a collection of short, faith-based children's stories, from manners to losing a friend to cancer, as seen through the eyes of a small child. "Jesus love me, this I know..."

Jeff and Suzanne Coulter have been married since 1987. Jeff Coulter was born in 1966 and is from Williamsburg, Ohio. A devout Christian throughout his early adulthood, Jeff reached a crossroad with the death of his mother in 1988 and found himself turning away from God. On April 22nd, 2014 Jeff was nearly killed in a head on collision. Beating the odds and surviving the crash, one week later Jeff suffered multiple pulmonary emboli. Only 1 out of 20 survive such a traumatic incident. Jeff slipped into a void of nothingness; the absolute absence of the presence of God. A void filled with demonic beings and symbolic icons of hell and death. Miraculously surviving the crash and emboli, God also delivered Jeff from alcoholism and chronic depression. Through it all there was his wife Suzanne at his side as if she belonged there by God&#39;s own invitation. Driving him along the way. Jeff has since rededicated his life to Christ and now dedicates himself to church ministries, online ministries and authoring diverse books.

Therefore if any man be in Christ, he is a new creature: old things are passed away; behold, all things are become new.

Little Jeffery
Jeff Coulter discusses a personal project, "Little Jeffery." A collection of Christian short stories about the love of God and being a Christian through the eyes if a child. 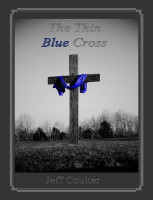 You have subscribed to alerts for Jeff Coulter.

You have been added to Jeff Coulter's favorite list.

You can also sign-up to receive email notifications whenever Jeff Coulter releases a new book.