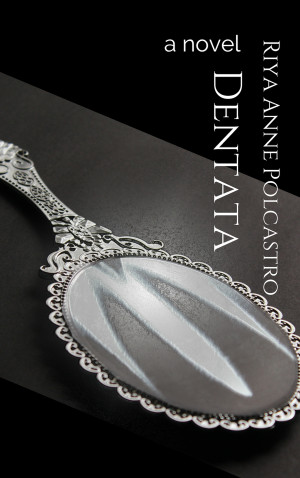 Some victims aren't victims for long.

Some victims lie in wait.

Some victims lie in wait.

Some victims bite back.

Dentata takes over where Jane. left off, continuing the transgressive fiction tradition that introduced readers to The Circle, a rough and tumble group of women who live life on the edge—reveling in mental illness, both real and self-induced, and partying until the sun comes up. Dentata follows Elisabeth, the only member of the group raised in suburbia, as trauma transforms her from the innocent mother hen to the most dangerous of them all.

Armed with a useless liberal arts degree, Riya Anne Polcastro is a student of human behavior and a conduit for raw words. Maybe it is because she learned to read and write in her second language before she learned to do the same in her first. Maybe it is because she was raised a missionary’s daughter at the same time that she was taught to question everything. Maybe there are a whole lot of reasons. Either way, her fascination with mental illness and human interaction is weaved into fiction with a language that is at times caressed and loved, at others beaten into submission.
Polcastro aims to join the ranks of great Oregon writers like Ken Kesey and Chuck Palahniuk. Readers have compared her not only to her idols but also to Kurt Vonnegut, Hunter S. Thompson, and Jonathan Safran Foer. She is the author of such dark transgressive novels as Jane., Suicide in Tiny Increments, the upcoming Dentata (or The Novel Formerly Known as Teeth), as well as the chapbook The Truth about Cows, and a narrative non-fiction/memoir entitled Death by Gluten: How Undiagnosed Celiac Almost Cost Me My Life. Her writing also appears in The Anti-Austerity Anthology as well as numerous publications.

You have subscribed to alerts for Riya Anne Polcastro.

You have been added to Riya Anne Polcastro's favorite list.

You can also sign-up to receive email notifications whenever Riya Anne Polcastro releases a new book.