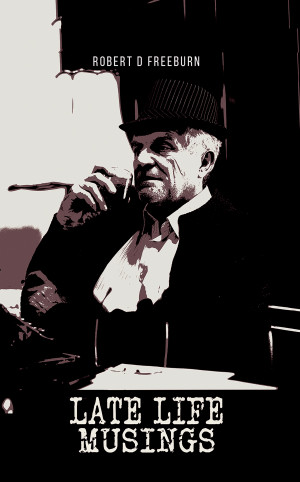 Robert D Freeburn has a three year teaching qualification from Durham, a degree in English and Drama from Glasgow University, followed by an MLitt in Theatre Studies from Bristol University and a diploma in Public Speaking.

He was a schoolmaster in the UK for many years, including seven years as the first Director of Drama at Eton College, Berkshire, after which he became an assistant principal at The Central School of Speech and Drama in London.

In 1989, with Patsy Rodenburg, he founded The Voice and Speech Centre and, subsequently, RDF Associates Ltd, specialising in corporate communication training and coaching and, in this capacity, worked throughout Europe, in North and South America, and in the Middle and Far East.

After retirement, he began to write short stories, of which these are the first collection to be published.

You have subscribed to alerts for Robert D. Freeburn.

You have been added to Robert D. Freeburn's favorite list.

You can also sign-up to receive email notifications whenever Robert D. Freeburn releases a new book.