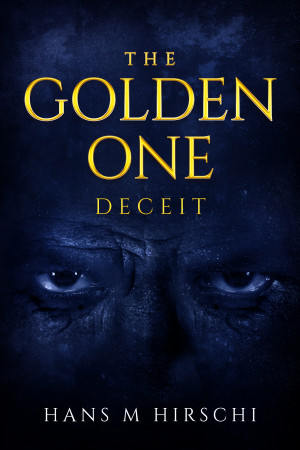 The Golden One – Deceit

Don’t miss the continuation of the thrilling fantasy trilogy about seventeen-year-old Jason Mendez, aka the Golden One, as he navigates the shoals of deception of the people supposedly closest to him.

Hans M Hirschi has been writing stories since childhood. As an adult, the demands of corporate life put an end to his fiction for more than twenty years. A global executive in training, he has traveled the world and published several non-fiction titles as well as four well-received novels. The birth of his son provided him with the opportunity to rekindle his love of creative writing, where he expresses his deep passion for a better world through love and tolerance. Hans lives with his husband and son on a small island off the west coast of Sweden.

About the Series: The Golden One

Also in Series: The Golden One

Reviews of The Golden One – Deceit by Hans M Hirschi

You have subscribed to alerts for Hans M Hirschi.

You have been added to Hans M Hirschi's favorite list.

You can also sign-up to receive email notifications whenever Hans M Hirschi releases a new book.