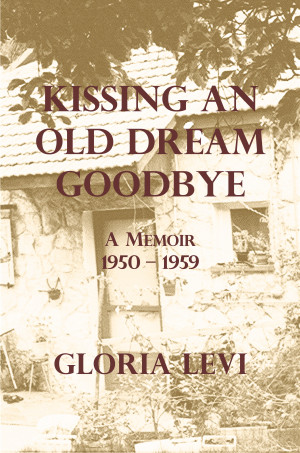 “A riveting read from beginning to end. The story of a remarkable woman whose life intersected with a critical time in Jewish history. Levi captures the struggles of a young woman striving for personal identity and family balance, with the backdrop of a similarly young country striving to find its identity. She writes with insight, humour, honesty and passion, in a book you won’t be able to put down.” — Mark L. Winston is a Professor and Senior Fellow at Simon Fraser University’s Morris J. Wosk Centre for Dialogue, and author of the 2015 Governor General’s Nonfiction Literary Award for Bee Time: Lessons From the Hive.

“In contrast to the better known narratives of the refugee Aliya and the Middle East in the first decade of the State of Israel, this is the seldom told story of a young Anglo family, impelled to immigrate to the newly born state by Zionist idealism, hope and a sense of adventure. The exhilaration of realizing their dream is soon mixed with the pettiness, doubt and drudgery of daily life in the new state, followed by their heartbreaking resignation. A captivating personal story in all its detail and complexity.” — Rahel Halabe is an eminent Arabic/Hebrew translator in Israel, a gifted Hebrew teacher and author of the two volume innovative textbook, Hinei, an Introduction to Biblical Hebrew.

“A heartfelt journey where young idealism encounters the real struggles of young immigrants to the newly formed State of Israel. Levi’s experience as a pioneer in Israel during those early years foreshadowed the complex challenges that would grow for the young country as it became more established. She leaves the reader smelling and feeling the land of Israel from the 1950s, with all its brilliance and troubles.” — Rabbi Yonatan Gordis is a partner at ChangeCraft, a consulting firm specializing in change processes in the philanthropic and non-profit fields, and a director of Sh'ma Now.
Available ebook formats: epub mobi pdf lrf pdb txt html
First 20% Sample: epub mobi (Kindle) lrf more Online Reader
pdb
Price: $8.99 USD
Buy Add to Library Give as a Gift
How gifting works
Create Widget
Tags: jewish family life communal farms in israel in 1950s communal living in 1950s israel immigrant experience in 1950s israel integration difficulties in israel israel culture 1950s israeli bureaucracy jewish family life in israel in 1950s life for israeli arabs in 1950s new immigrants to israel in 1950s
About Gloria Levi

Speaker, activist and author, Gloria Levi was born and raised in New York City, and has lived in Israel and Canada. A gerontologist with more than 30 years’ experience in the field, Gloria has worked as a recreation therapist, social worker, trainer/consultant in aging, and a community volunteer coordinator. Her series of six booklets, Challenges of Later Life (1992) was widely distributed throughout Canada. Her book, Dealing With Memory Changes As You Grow Older (Bantam, 1998), co-authored with Kathleen Gose, has been translated into six languages.

A political activist, Gloria served as a councillor on Coquitlam Council from 1981 to 1984. She later established Habitat for Humanity of Greater Vancouver and helped build 27 houses, from 1997 to 2004.
A dedicated student of Judaic studies, she translated the story of a Chasidic master, The Life and Times of Simcha Bunim of P’shischa (2007), from the original Hebrew.

Gloria published her first memoir, My Dance with Shechina, in 2012, followed by her second memoir, Kissing an Old Dream Goodbye (Fictive Press), in 2019. A mother of five, a grandmother of 11 and a great grandmother of seven, she lives in Vancouver, British Columbia.

You have subscribed to alerts for Gloria Levi.

You have been added to Gloria Levi's favorite list.

You can also sign-up to receive email notifications whenever Gloria Levi releases a new book.