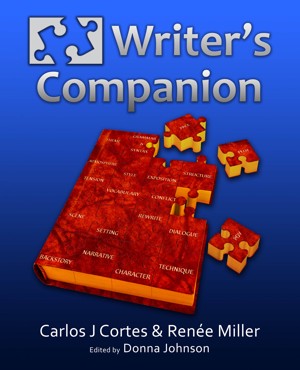 Growing up in Tweed, Ontario—the summer home of Elvis’s ghost—Renée Miller learned early that in a small town, only dreams escape the neighbors’ inquest. So, she dreamed, tasted adventure through
books, and created wonderful hidden worlds in her childhood stories. One day, she discovered a little book titled “IT” by Stephen King and writing became her passion.
Before losing whatever little common sense she had left, Renée worked as a bartender, waitress,
convenience store clerk, gas station attendant, office administrator, lumber yard inventory control something-or-other, coffee-slugging drive-thru grunt, and day-care provider.
When the excitement of that daily grind proved too much, she opted out of one asylum and jumped
into another: she became a professional writer. Renee now freelances to pay the bills and has published short fiction and hundreds of articles including, but not limited to, how to install vinyl tile and the seven taxonomies of the kingdom of roses.
Still residing in Tweed, she lives the glamorous life of a Canadian housewife and underpaid scribe
with her three children and a man who has stopped pretending to know what’s going on.

Born in Madrid, Spain, Carlos J Cortes grew up on the streets. Over the years he’s worked as an altar boy, musician, waiter, lightning rod installer, site engineer, salesman, dishwasher, night porter, and sundry other high-level executive jobs.
Eventually, he settled down as a design engineer specialized in high-level lighting and remote
sourcing. But the fun didn’t stop there. His hearing is impaired from being near a bomb at too close quarters; he spent a stretch in an African jail, crossed the Israeli-Egyptian border inside the trunk of a car, and in lean times drove a taxi in Rio de Janeiro. As a consultant on civil and military installations, he has traveled the five continents and written seven texts on lighting, light physics and fiber optics
systems.
At present, as Chief Technical Officer, he leads the R&D division of a Norwegian group of hi-tech
companies, and lives in Barcelona, Spain.
A competition bridge player, Carlos has co-authored three books on different aspects of the game.
His published fiction includes “Perfect Circle,” now in its second printing, “The Prisoner,” nominated in 2010 for the Philip K. Dick award—both with Random House—and “Ménage à 20,” with Renée Miller and a bunch of talented mongrel writers.
His favorite book is Don Quixote by Miguel de Cervantes, which taught him that a life without
dreams is only existence.

Review
Rachel Whitley reviewed on on Dec. 14, 2011
(no rating)
*five stars!*
In movies or television, when a character experiences an epiphany, there's always a sound that accompanies his or her moment of enlightenment. It's like a choir of angels singing, thousands of ethereal voices raised in a perfect harmony of rejoicing that the long-sought answer has been revealed. I heard that sound as I read the contents of this masterwork on the art and craft of writing.

"Writer's Companion" is as comprehensive as a reference book could ever hope to be, with the unusual benefit of readability. Countless texts have covered grammar, syntax, common writing mistakes, plot, characterization, pacing, and all the other necessities of successful written communication, but few, if any, have managed to convey them with such warmth and wit. This book will accompany the writer from the first outlines of a plot, to the first draft, on through the many revisions, past the finished product, up to the query letter, and all the way to publication. With concise and easy-to-read advice and fun examples, the mysteries of good writing are clarified into applicable principles that will enhance a third-grader's first research paper or an aspiring author's first novel. This one will never gather dust on a shelf. It's useful for all types of writing, and writers of all levels of proficiency, and this is one of those books in which something new will be learned every time it's opened.

The serious writer may gather many reference books and style guides along the way, but this is a "must have", and possibly the best one of all.

In my opinion, The Writer’s Companion is wrongly named. It really should be called The Writer’s Best Friend. Since I acquired it, it has become my treasured possession, offering me comfort and solace in my lonely occupation of writing. It is filled with wit, wisdom and accessible advice - everything you would value in a true best friend.
But it isn’t only a best friend for writers! As a former English teacher I can see the enormous merits of the Companion for the teaching of so many aspects of the English curriculum at different levels. It’s as up to the minute as reference books come and therefore completely indispensable, not just for anyone wishing to write, but for those who teach the craft of writing to others.
The warm and lively writing style make it an entertaining read for any lover of language and will prevent it from being relegated to the neglected top or bottom shelves – you know, those dry tomes we buy, believing we should have something like that around, but seldom look at. This definitely deserves a place on the ‘most-useful’ shelf as you will want this friend at your fingertips whenever you write.
As an entertaining read or a useful reference guide, The Writer’s Best Friend, oops, I mean Writer's Companion is a must-have for anyone with an interest in writing. From planning your structure to that final polish and submission to publishers; mastering dialogue to perfecting those pesky POV problems, and every conceivable question of grammar - no aspect of the craft of writing goes unexplored in this comprehensive and easy to read guide. It would certainly make an invaluable gift to anyone with an interest in writing or teaching English or composition and it has my unreserved recommendation.

You have subscribed to alerts for Carlos Cortes &amp; Ren&eacute;e Miller.

Would you like to favorite Carlos Cortes &amp; Ren&eacute;e Miller?

You have been added to Carlos Cortes &amp; Ren&eacute;e Miller's favorite list.