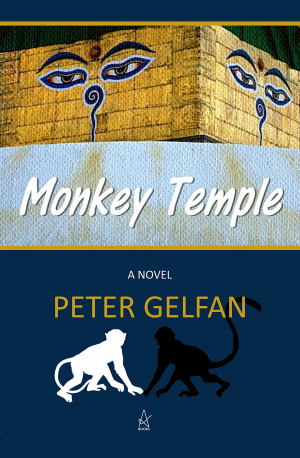 "Peter Gelfan’s Monkey Temple is a rollicking journey down a winding road to a dubious paradise. I took a lot of pleasure in it. So familiar, the riffs and issues and experiences and characters—talkin’ ’bout my generation—and I reveled in so many of the choices the author made in rendering them. Rich in insight and humor, it is, in the end, a story about stories themselves." — Tony Cohan, bestselling author of On Mexican Time
Available ebook formats: epub mobi lrf pdb html
First 10% Sample: epub mobi (Kindle) lrf more Online Reader
pdb
Price: $7.99 USD
Buy Add to Library Give as a Gift
How gifting works
Create Widget
Tags: fiction literature novel comingofoldage
About Peter Gelfan

Peter Gelfan was born in New York City, grew up in New Haven and the New York City suburbs, and attended Haverford College until he turned on, tuned in, and dropped out.He has traveled widely and lived in Spain, England, Florida, and Vermont. Found Objects, his debut novel, was published in 2013. He co-wrote the screenplay for Cargo, les Hommes Perdus, which was produced and released in France in 2010. He lives with his wife, Rita McMahon, in New York City, where he continues to write, work as a freelance book editor, and tutor writing in a public high school as part of PEN's Writers in the School program.

You have subscribed to alerts for Peter Gelfan.

You have been added to Peter Gelfan's favorite list.

You can also sign-up to receive email notifications whenever Peter Gelfan releases a new book.