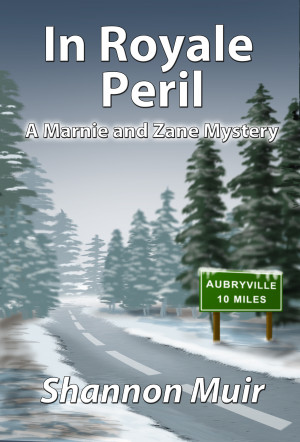 In Royale Peril: A Marnie and Zane Mystery

By Shannon Muir
Everyone's entitled to secrets... until someone decides they aren't. Marnie's tried to hide her past from everyone, including her family.. However, when an unexpected package shows up, Marnie and Zane realize they will need to go back to the town where their relationship took its first steps, Marnie needs to discover who wants her to tell the truth, and Marnie and Tessa both get a surprise.
This book is not currently available in any format because it has not yet been released—available 2021-03-31.
Price: $3.99 USD
2021-03-31
Pre-release
This book will be available
March 31, 2021
Add to Library
Create Widget
Tags: romance mystery
About Shannon Muir

About the Series: Marnie and Zane Mysteries

A woman from the financial world and the male nurse she's fallen for move forward to try and navigate their relationship, but there's mystery at every romantic turn.