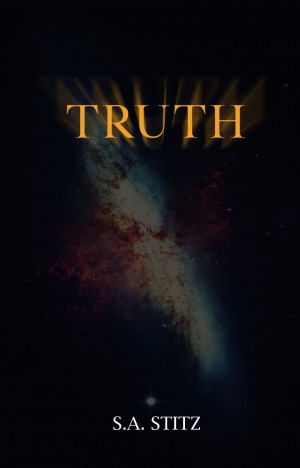 By defying the accepted conventional wisdom of the human life cycle, the author presents the most challenging theme of this book: identification of the universal form of spiritual existentialism transcending the boundaries of all religions. No mere cultist proclamation, it is presented with detailed instructions for its attainment, and with an articulation of authentic passion. Thus, the testimony of an “eternal energy vessel” mechanism that can be acquired by the means outlined in the text may appear to be somewhat esoteric, but it gains validity when viewed in the context of quantum theory and Jung’s theory on the collective unconscious.

The awakenings revealed unveil, explain, and diagram Universal Nature’s absolute, essential, and verifiable spiritual path to Pure Mind that awakens Absolute Truth and its vehicle that empowers perpetual reincarnations. It is a discipline inspired and driven by Universal Nature so that humankind may transcend appearances and penetrate to the very source of all wisdom.

The path to Pure Mind and its spiritual awakenings have existed infinitely, giving seekers the one chance to effectuate their true-life purpose. Spiritual awakenings are not the final destination. They are the engine to reach clear insight and awareness, to be used and manifested, not just collected.

S.A. Stitz was born and raised amid the steel and concrete of New York City. His constant hunger to learn and understand the root of his strange abilities not found in those that he came to know enticed him to explore outside “normal” resources. While traveling the world Stan sought out tribal chieftains, ascetics, and shamans gaining knowledge about the legends, myths, folklore, and especially mystical events handed down throughout the ages.

Having a deep almost unworldly attraction to the Himalaya mountains Stan found himself in Nepal. It was there through a series of events that he was approached by a group of Red Hat Buddhist priests of the Nyingma school and Yellow Hat priests of the Gelugpa school. Together they visited many Buddhist and Hindu temples where he was asked to answer prepared questions and further to look and handle many different ancient items. Then after examining the items, he was asked to identify them and if pertinent explain their relation to him. Satisfied in their identification of him as an incarnate of high spiritual attainment they sent for a shaman of the Bon religion of Tibet (which predates Buddhism) to verify their findings. This the shaman did through ancient writings and astrological signs and events. For example: they found he was born in the year, month, day, and hour of the dragon according to the sans script charts. This too, was the exact date and time of awell-known, often written aboutprevious life he led in a region of Kashmir.

The priests insisted that Stan awaken and experience the truth of their finding through a form of meditation after he returned home. Through the years Stan awakened to learn of his previous lives, awakened the Path of Pure Mind leading to Ultimate Truth, and the why of his ability to utilize energy in numerous mystical ways. This too finally answered the reason for his unusual abilities and his original quest.

Stan created, wrote and editedthe monthly on-line spiritual newsletter Bridging Realities. Before he ended it in ’02 he had garnered over 250,000 subscribers in 80 countries, and still corresponds with of them today. Using Twitter one can read his daily posts @SA_Stitz and listen to his articles and poetry on Sound Cloud.

You have subscribed to alerts for S.A. Stitz.

You have been added to S.A. Stitz's favorite list.

You can also sign-up to receive email notifications whenever S.A. Stitz releases a new book.