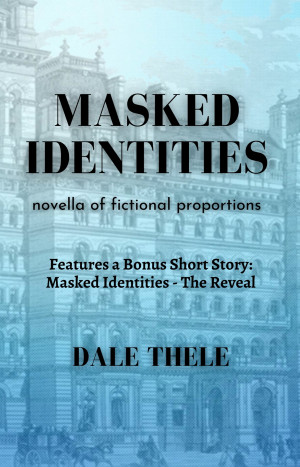 This unusual story is a period tale wrapped inside of a contemporary storyline. The interior tale follows the relationship of two men in 1890 Victorian London, the outer story follows Brooke and Chase in upstate New York in the present day setting. The manuscript crosses genre specific lines; gay/hetero and period/contemporary. Definitely not a traditional run-of-the-mill read, but a journey into alternative fiction.
Available ebook formats: epub mobi pdf lrf pdb txt html
First 20% Sample: epub mobi (Kindle) lrf more Online Reader
pdb
Price: $0.99
Free! USD
Buy with coupon Use the code SW100 at checkout to get this book for free during our site-wide promotion!
(Offer good through July 31, 2021 )
Have a better coupon?
Add to cart, then apply your coupon
Add to Library Give as a Gift (using coupon)
Have a better coupon?
Add to cart for gifting, then apply your coupon
How gifting works
Create Widget
Tags: fiction historical fiction historical contemporary victorian london contemporary fiction 1890 historical gay story with a story
About Dale Thele

Dale Thele's life has been a lengthy series of compulsions strung together by atrocious acts of stupidity due to boredom. After raising heck in a sleepy oil town in north-central Oklahoma for 18 years, he then ventured to Oklahoma City University on a quest for higher education. He quickly learned “higher” education meant to “elevate” one's mind with the aid of either a reefer or a bong, and ample amounts of alcohol. Destiny dragged Dale to Austin, Texas, where he lives vicariously through the fictional characters he congers up, and the far-fetched adventures he writes.

You have subscribed to alerts for Dale Thele.

You have been added to Dale Thele's favorite list.

You can also sign-up to receive email notifications whenever Dale Thele releases a new book.