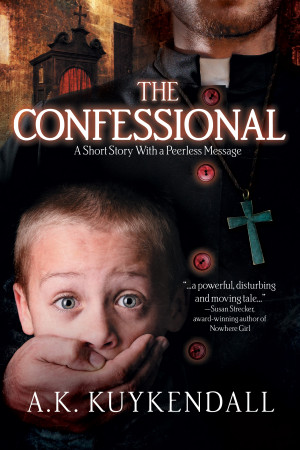 A.K. KUYKENDALL was born in Albany, Georgia, but grew up as a military brat on the Kaneohe Bay Marine Corps Base Hawaii (MCBH), and later at the Camp Lejeune Marine Corps Base in Jacksonville, North Carolina. He is married to Magdiel Kuykendall (the love of his life) and, together, they are the proud parents of three sons—Felix, Kal-El, and Jor-El—two of whom are legally named after the Kryptonian House of El due to the author’s affinity for the story of Superman. He’s a corporate executive chef by trade, but his true passion in life is writing thought-provoking novels that blend the concepts of fact and fiction.

His writing career has been heavily inspired and influenced by Rod Serling and his classic ‘60s television series, The Twilight Zone, and by The Mercury Theatre’s October 30, 1938 broadcast of “The War of the Worlds” over the Columbia Broadcasting System radio. He was then and still is wholly enthralled with the way these two examples showcased ordinary people in extraordinary situations. He especially loved the remarkable plot twists common to The Twilight Zone stories, and the fright manifested by H.G. Wells.

When he’s not writing, he finds comfort in heading out to the golf course with his son and golf partner, Jor-El, where they altogether embarrass themselves on the fairway. He both creates and resides in Ruskin, Florida.

To view his complete biography, please visit his website, where “truth reads through fiction.”

Reviews of The Confessional by A.K. Kuykendall

You have subscribed to Smashwords Alerts new release notifications for A.K. Kuykendall.

You have been added to A.K. Kuykendall's favorite list.

You can also sign-up to receive email notifications whenever A.K. Kuykendall releases a new book.