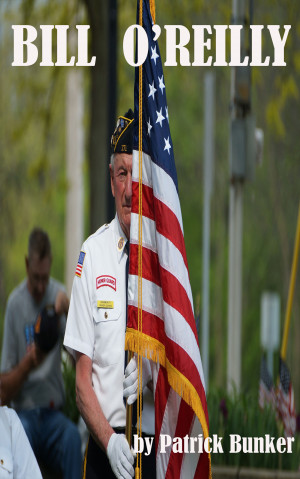 By Patrick Bunker
The Inspirational Life Story of Bill O’Reilly; Reporter, Author, and One of America’s Most Well Known Patriots

After his time spent at Harvard, O'Reilly was hired by Roger Ailes who was the chairman and CEO of the Fox News Channel. Ailes hired O'Reilly to be the anchor on 'The O'Reilly Report' in October of 1996. The show was later renamed 'The O'Reilly Factor' after a friend More
The Inspirational Life Story of Bill O’Reilly; Reporter, Author, and One of America’s Most Well Known Patriots

Close your eyes and inhale deeply as you picture the soft, sweet smells of a misty Irish morning. Walk down the gravel path from your cottage and take in the sights of the rolling green hills as you sip on a steaming cup of Barry's Irish tea or whatever blend you would prefer. The sun is hazy through the lightly dense fog of the early morning. The stone walls now standing only a foot high remain along the path as you bid "Maidin mhaith", or good morning, to the neighbor on the other side of the fence. The grand country of Ireland boasts quite the rich history. Beginning around the year 840 A.D, Vikings established settlements along the Irish coasts in which to spend the winter. The most famous of Viking settlements would eventually become what is known today as Dublin. As generations of Vikings intermarrying with those who already lived there, the Gaels, a group called the Gall-Gaels arose. However, in 902 A.D, the Vikings were forced from Dublin by the Irish king Muirecan. Though they fled to Wales, they eventually returned to re-take Dublin. This struggle for power did not end until the Battle of Clontarf in 1014 which began the decline of Viking power over Ireland. Yet as one continues to stroll further down the path from Dublin continuing on such a fine journey, one finds himself in the town of Arvagh. It boasts a rich history as well as beauty in its scenery. Long ago in the Middle Ages, there was no need for towns or villages as the trade happened locally. Ruling families held political power and exercised face to face negating the need for traditional administrative structures. County Cavan, Ireland, or Contae an Chabháin in Gaelic, is located on the border of Northern Ireland just to the south of County Fermanagh. In medieval times, the county lay on the border closest to Dublin. Dublin had remained under English rule since 1169, but Cavan was still its own. It was part of East Bréfine or Brefney O'Raghallaigh. It was named after the main ruling family in the area and colloquially known as Breffni County.

You have subscribed to alerts for Patrick Bunker.

You have been added to Patrick Bunker's favorite list.

You can also sign-up to receive email notifications whenever Patrick Bunker releases a new book.