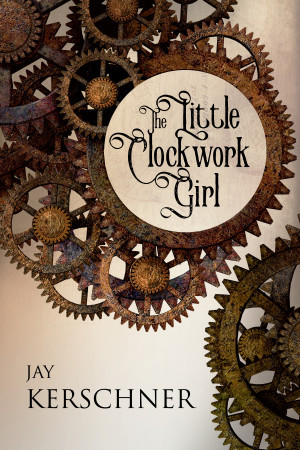 Jay Kerschner has always been a storyteller. Even before being able to type, he dictated stories to his parents, who struggled valiantly to catch and record every word in writing.

Now, years later, his first widely published endeavor is The Parasomnic Chronicles, a collection of stories grown out of the possibilities he saw in countless fantastical realms but rooted, as ever, in the real world and in his own interests in such things as music, art, and the course of human culture and evolution. Even though these tales may all occur in a far and foreign place, they come from a part of him closer to the heart than he had ever imagined possible.

About the Series: The Parasomnic Chronicles

The Parasomnic Chronicles is an ongoing collection of stories by Jay Kerschner. Each story in the Chronicles is a standalone tale, allowing them to be read in any order, yet they all take place in a single fantastical world. It is a place home to creatures both fae and fell, where ancient relics are rivaled by technological marvels, and where dreams only come as the rare visitations of magic and heavenly beings. But more than this, the stories which make up the Chronicles are about us: The human condition, as seen through a thousand inhuman eyes. A theme as vast as the range of all possible stories, yet serving as the underlying link that ties the Chronicles together. And so, in support of that theme and the possibilities it offers, the Chronicles does not limit itself to any one genre or style of writing.

Also in Series: The Parasomnic Chronicles

You have subscribed to alerts for Jay Kerschner.

You have been added to Jay Kerschner's favorite list.

You can also sign-up to receive email notifications whenever Jay Kerschner releases a new book.