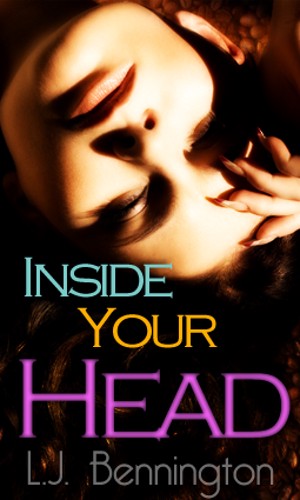 She never expected the charm to work, but when it does, she finds that she not only knows what Bryant is thinking, she knows exactly what's on all her friends and family members' minds – every moment of every day. Their thoughts are surprisingly raunchy - especially in the case of her best friend, Parker.

Everyone she knows has a huge secret that she would rather not have known. Nobody in her life is as they seemed. She also now has to accept the fact that real magic exists, and using it can have dangerous consequences. Things couldn't get any worse!

Now Ariana has to find a way to restore her life, at school and at home. She also has a choice to make. Will she exploit her new mind reading talent to snag the boy she's wanted since she was twelve years old...or will she take a chance on her secret admirer – someone she could never imagine would win her heart?

One thing is for sure, Ariana is set for an adventure that will teach her the true meaning of magic, friendship, honesty, family, and love.
Available ebook formats: epub mobi pdf rtf lrf pdb txt html
Price: $3.99 USD
Buy Add to Library Give as a Gift
How gifting works
Create Widget
Tags: romance magic love triangle mind reading
About L.J. Bennington

Resisting the Boss (Book Two) will hopefully be out sometime this summer.

I first read this book on Wattpad a few years ago and I loved it so when I found it published on Smashwords, I bought it. The author references Wattpad a lot, although not by name. I understand why, but I don’t like it. It stopped me from being completely absorbed in the story. ? I would not recommend this book. It seems to be aimed at young teenage girls – but should they really be influenced to think that having a boyfriend is the only thing a girl should aspire to? The basic plot is cool idea – girl gets given a magic rock which in turn gives her the ability to read everyone’s minds. Of course, the twist is that the main character, Ariana, didn’t want to read everyone’s minds, just that of her crush. The setting isn’t clearly defined – it is set in our world, but there’s no specific idea where. The book goes between the school, the mall, and Ariana and her friend’s houses. I found it hard to see where she was all the time. Ariana is an unlikeable character for almost the entire book. She is boy-mad, selfish and one dimensional, with no redeeming qualities. This book is told in first person because of the topic. It was a light, easy read, but not necessarily enjoyable due to the lack of substance to the characters. The plot doesn’t develop for most of the book, but at the end, a sudden revelation that she is part of some higher purpose is thrown in, leaving the ending open for a sequel. Unfortunately, no matter how unsubstantial the book was, I am curious about the second book, and whether it will continue on Ariana’s special quest.

(reviewed 5 months after purchase)
siri gross reviewed on May 9, 2013

this book has got to be the book i have laughed the most at :) i was devastated when she took it off wattpad and so happy to find it again

I loved this book when it was on Wattpad, and I bought it again because I couldn't remember if I finished it or not. I had, but it was still amazing to read the whole thing over again!

You have subscribed to alerts for L.J. Bennington.

You have been added to L.J. Bennington's favorite list.

You can also sign-up to receive email notifications whenever L.J. Bennington releases a new book.