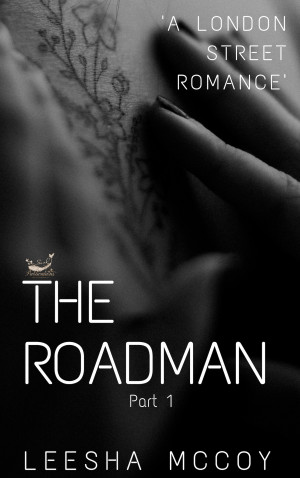 The Roadman: A London Street Romance

When it comes to ink, Layla is the hottest name around. She owns her own tattoo studio where customers wait months for an appointment. She's been fed up with the fighting and crime around the studio for months now, but her brother ran a crew so she knows all too well what that kind of life is like.

It's late when Layla locks up her studio that night... She heads to the car park but walks straight into an altercation between two rival gangs. Shots fire and she runs... Only to be pulled to the ground by a shadowy figure.

When it comes to the road, no one's name is more feared than Jackson's. After years of running the streets, he's determined to leave that life behind. He's making moves onto more legit things and although he carries a certain type of name on the road, Layla soon realises that you can't believe everything you hear.

The trouble in Layla's life quickly intensifies, but now it's not just around her studio, it's up close and personal. She knows that she should stay as far away from it as possible but her heart just won't let her.

She released her first book in 2012 and currently writes Urban Romance, Paranormal, Fantasy & Contemporary. She always writes about strong women and her mission is to write books for everybody, no matter what background, frequently blending the lines between genres.

Writing novels that make her readers feel is something she prides herself on and does not just write stories to be read, but also for her readers to experience.

She began writing in the late 90's, although it was mostly song lyrics she wrote to escape her loneliness. As one of only a handful of bi-racial children living in her small hometown of Banbury, she struggled to make friends and be accepted, so she spent most of her childhood alone.

She currently lives in England but her family is spread all across the United States, including Baltimore, Colorado and Texas.
As a wife and mother to four beautiful children, she spends her spare time caring for her family or studying towards her open degree.

I love this book! It took me to another place and into the heart and mind of young love. Please keep writing in authentic voices, it really helps to get into the character's world. Gratitude

Wish there were less cursing words. And staring the story with a warning to the author's son about thinking about becoming roadman, I don't understand why the author has took a roadman character as a leading character then...It is conflicting.

You have subscribed to alerts for Leesha McCoy.

You have been added to Leesha McCoy's favorite list.

You can also sign-up to receive email notifications whenever Leesha McCoy releases a new book.