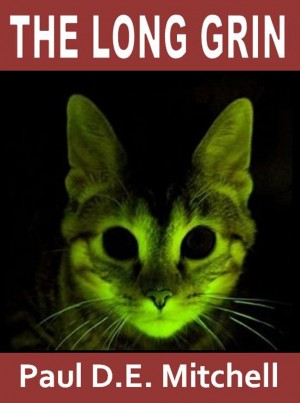 Paul D.E. Mitchell (b1956) has enjoyed a varied career in chemistry, computing, teaching, lecturing, music (as a bassist in numerous bands), and served as a senior Cardiff Councillor for 17 years in various wards. He is now working for the Welsh Senedd. He can be seen at open mic nights around Wales performing his own compositions. .

First as a single-father and then as a carer for elderly relatives, he retired from the private sector (but not politics) to concentrate on poetry, music and bringing to life a complex near-future sci-fi/paranormal series of six books (set in two trilogies) and is working on the spin-off Light-Father trilogy having published City of Crows and City of Gargoyles and is completing City of Glass by Dec 2012 - e-versions will follow.

Paul is also publishes works by others of a co-operative of independent authors based in Wales via his POD micro-publisher front called Wuggles Publishing. He has just completed his seventh music album (www.revernation.com/pauldemitchell) called '13 songs about 7 deadly sins'.and has written 54 more during lock-downs in the UK.

Reviews of The Long Grin by Paul D.E. Mitchell

You have subscribed to alerts for Paul D.E. Mitchell.

You have been added to Paul D.E. Mitchell's favorite list.

You can also sign-up to receive email notifications whenever Paul D.E. Mitchell releases a new book.