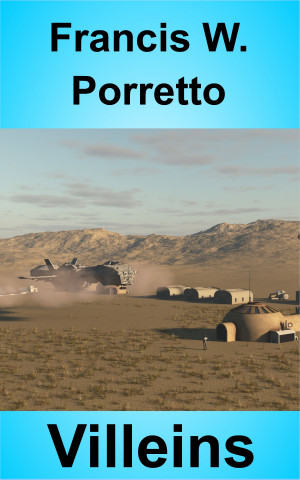 By Francis W. Porretto
It’s been said, and truly, that you can vote yourself into socialism but you have to shoot your way out of it. But once a society has freed itself at whatever cost, what measures might it take to avoid reinfection by the socialist virus? How could those measures be applied to contact over interstellar distances?
Download: epub mobi (Kindle) pdf more Online Reader
lrf pdb txt
Price: Free! USD
Add to Library
Create Widget
Tags: freedom quarantine tyranny
About Francis W. Porretto

Francis W. Porretto was born in 1952. Things went steadily downhill from there.

Fran is an engineer and fictioneer who lives on the east end of Long Island, New York. He's short, bald, homely, has bad acne and crooked teeth. His neighbors hold him personally responsible for the decline in local property values. His life is graced by one wife, two stepdaughters, two dogs, four cats, too many power tools to list, and an old ranch house furnished in Early Mesozoic style. His 13,000 volume (and growing) personal library is considered a major threat to the stability of the North American tectonic plate.

Publishing industry professionals describe Fran's novels as "Unpublishable. Horrible, but unpublishable all the same." (They don't think much of his short stories, either.) He's thought of trying bribery, but isn't sure he can afford the $3.95.

Fran's novels "Chosen One," "On Broken Wings," "Shadow Of A Sword," "The Sledgehammer Concerto," "Which Art In Hope," "Freedom's Scion," "Freedom's Fury," and "Priestesses" are also available as paperbacks, through Amazon. Check the specific pages for those books for details.

Wallow in his insane ranting on politics, culture, and faith at "Liberty's Torch:" http://bastionofliberty.blogspot.com/

And of course, write to him, on whatever subject tickles your fancy, at morelonhouse@optonline.net

You have subscribed to alerts for Francis W. Porretto.

You have been added to Francis W. Porretto's favorite list.

You can also sign-up to receive email notifications whenever Francis W. Porretto releases a new book.