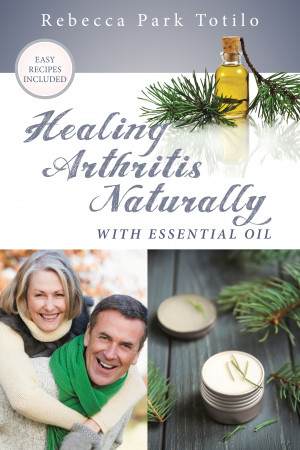 As the leading cause of disability in America today and the most common chronic disease to affect those over the age of 40, arthritis comes in over 100 different forms and all share one main characteristic: joint inflammation. If you’re one of the 50 million worldwide affected by arthritis, nature has provided a remedy. In this book, author Rebecca Park Totilo shares valuable information on the causes and symptoms of arthritis and how to use essential oils as a natural alternative. Discover which essential oils reduce inflammation and pain, how to formulate blends using essential oils. You will find dozens of recipes for lotions, salves, bath salts and more in this how-to guide!
Available ebook formats: epub
Price: $9.95 USD
Buy Add to Library Give as a Gift
How gifting works
Create Widget
Tags: aromatherapy essential oils arthritis pain management rheumatoid inflammation arthritis cure arthritis pain arthritis book arthritis remedies
About Rebecca Park Totilo

Rebecca Park Totilo’s flair and passion for life bursts into living color when she writes and speaks, as you will see in the visual way she presents herself. She literally believes in the “show, don’t tell” principle in everything she does. Becca has ministered to literally millions of people via television, radio and live appearances.

She is an award-winning published author of over 37 books, including “Through the Night With God,” “The Official Christian Babysitting Guide,” “The Christian Girls Guide to Money," and "His Majesty Requests." Her credits include working as a contributor writer on two best-selling series ("Quiet Moments with God" and “Stories for the Teen’s Heart”) which sold over one million and five million copies respectively. She is also a freelance writer for several national magazines include Christian Parenting Today, Discipleship Journal and Woman’s World. Rebecca's photography work has appeared in numerous national magazines such as Woman’s World, Sports Spectrum, Evangel, and Sharing the Victory. Truly, its her grit determination that makes her inspirational writings draw such a mass market appeal.

Rebecca is an aromatherapist instructor and offers courses and therapeutic-grade essential oils online at her e-commerce shop http://HealWithEssentialOil.com. She also owns a chic bath and body boutique called Beach'n Body on the beach of Central Florida.

Rebecca has been a homeschool mom for 21 years. In addition to all this, she is the president and publisher of Rebecca at the Well Foundation, a Judeo-Christian international organization which publishes literary works that prepare the Bride for the Messiah’s return and teach believers on an international basis about the Hebrew roots of the faith. Her understanding of Scriptures richly woven with the tapesry of the ancient Hebrew customs makes her inspirational writings truly memorable. 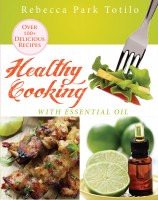 You have subscribed to alerts for Rebecca Park Totilo.

You have been added to Rebecca Park Totilo's favorite list.

You can also sign-up to receive email notifications whenever Rebecca Park Totilo releases a new book.