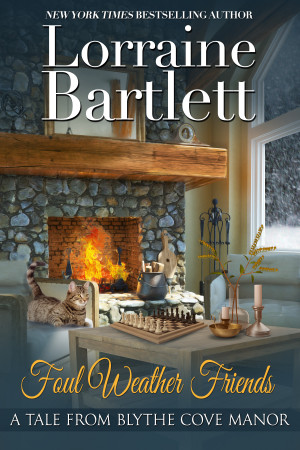 By Lorraine Bartlett
Alone and suddenly single, Teagan Tate's visit to Martha’s Vineyard for a previously planned couples weekend leaves her feeling more of a third wheel. And when the last ferry off the island is cancelled, she finds herself stranded in the middle of a nor’easter. Will the magic of Blythe Cove Manor and the kindness of two strangers help her find a new and happier life path?
Available ebook formats: epub
Price: $0.99 USD
Buy Add to Library Give as a Gift
How gifting works
Create Widget
Tags: friendship goals winter recipes cozy marthas vineyard culinary weather noreaster
About Lorraine Bartlett

A native of Rochester, NY, L.L. Bartlett honed her characterization and plotting skills as a frequent writer for romance magazines and was a finalist in the St. Martin’s/Malice Domestic contest.

In addition to the Jeff Resnick Mysteries, Bartlett also writes the New York Times Bestselling and Agatha-nominated Booktown Mystery series under the name of Lorna Barrett. Bookplate Special, the third book in the series, was nominated for an Agatha Award for best novel of 2009.

About the Series: Tales From Blythe Cove Manor

The Tales of Blythe Cove Manor is a series created by authors Lorraine Bartlett, Shirley Hailstock, and Kelly McClymer. These are the stories written by Lorraine Bartlett. Blythe Cove Manor is a magical bed and breakfast on the island of Martha's Vineyard, Massachusetts. Hostess Blythe Calvert has special wisdom (and a flair for baking) that she imparts to all her guests. 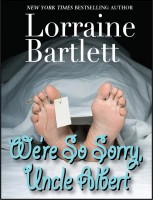 You have subscribed to Smashwords Alerts new release notifications for Lorraine Bartlett.

You have been added to Lorraine Bartlett's favorite list.

You can also sign-up to receive email notifications whenever Lorraine Bartlett releases a new book.