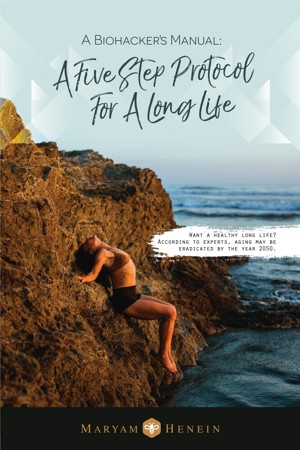 A Biohacker's Manual: A Five Step Protocol For A Long Life

Maryam Henein is a journalist, filmmaker and entrepreneur. She directed the documentary Vanishing of the Bees and is founder of HoneyColony.com.

Following a near-fatal pedestrian versus car crash that dragged her for 49 feet, which broke her leg, vertebrae and several ribs and necessitated a titanium rod for her recovery in 2002, she researched issues of health and nutrition to help her in her recovery and became aware of colony collapse disorder.

With George Langworthy, Henein directed the 2010 documentary (which took five years to produce), Vanishing of the Bees with Ellen Page narrating the film.

Since the release of Vanishing of the Bees, Henein has become an outspoken advocate of bees and bee colonies, non-GMO foods and the release of pesticides into the environment.[6] Henein is the founder of HoneyColony Inc., a member supported online magazine that hosts a number of optimized-health and investigative writers called "Hive Advisers". Henein continues to work on projects involving bees and contamination of the food supply. She is working on a memoir titled Of Bees & Men and launched a year-long Save the Bees campaign in June 2014.

Reviews of A Biohacker's Manual: A Five Step Protocol For A Long Life by Maryam Henein

You have subscribed to alerts for Maryam Henein.

You have been added to Maryam Henein's favorite list.

You can also sign-up to receive email notifications whenever Maryam Henein releases a new book.