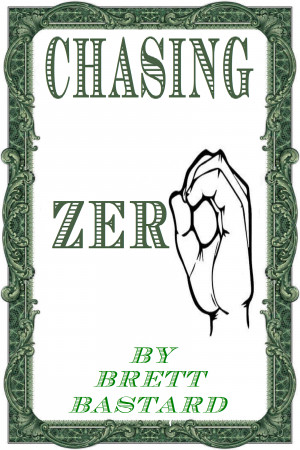 The debt from dropping out of college 13 years prior still burns and etches like acid rain. Can I move forward in life with that ball and chain keeping my attitude locked in a state of deficit and chase? And what of the crew, the lady friend, the Buffalo Sabres? How can I navigate these waters and retain my sanity? The safe bet is that I will do something stupid.
Available ebook formats: epub mobi pdf lrf pdb txt html
First 20% Sample: epub mobi (Kindle) lrf more Online Reader
pdb
Price: $1.99 USD
Buy Add to Library Give as a Gift
How gifting works
Create Widget
Tags: humor memoir generation x
About Brett Bastard

Brett was born and raised in Colorado Springs, Colorado which speaks directly to what is wrong with him. He is an uneducated halfarser who has won no writing awards nor contests. He did however, email poorly structured rants to an email list for longer than was appropriate. Brett also authored a nearly yearlong menagerie of stream of consciousness buffoonery loosely based on dating in your 30's. This was until he knocked a woman up twice, which essentially sent him on a path of scrambling to keep a bunch of other humans alive. In his triumphant return to throwing ink down on tree flesh, Brett has scribbled out his memoirs, at first as a means to give the offspring something to remember him by. Not content with only punishing them with this written slideshow, he is now attempting to pummel the masses with it.

About the Series: Chasing Butterflies

The mind is a wonderful, terrible thing. One moment it invents obscenely blissful experiences and in the next breath it can shred you into a shuddering pile of wretched agony. My life is peppered with such moments, yet through all the joy, through every crushing, one piece is missing. This is my journey to find it.

You have subscribed to alerts for Brett Bastard.

You have been added to Brett Bastard's favorite list.

You can also sign-up to receive email notifications whenever Brett Bastard releases a new book.