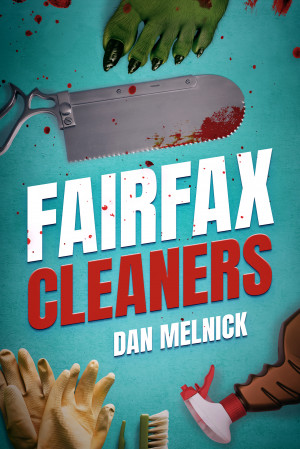 Most people who catch the fairy's interest typically wind up on the other end of Gus's bone saw. Gus knows he should turn her in, but can't bring himself to do it. Even a man who hides the dead has a conscience. So he helps her escape, earning the wrath of the Hidden City: evil fairies, a rampaging werewolf, and a spirit assassin powered by vengeance. And that's just the start of it. His boss has gone to a lot of trouble finding Maureen the first time and will do anything to get her back. There's no way he'd both forgive Gus's betrayal and let them escape the city alive.

Dan Melnick is a science fiction and fantasy writer. He lives in the Midwest with his family and husky-shepherd, Lana. He collects comic books and enjoys running. He has lived in Chicago and Scotland, and as an adult still looks up to Spider-Man. You can find out more about Dan at his website www.danmelnickstories.com.

You have subscribed to alerts for Dan Melnick.

You have been added to Dan Melnick's favorite list.

You can also sign-up to receive email notifications whenever Dan Melnick releases a new book.