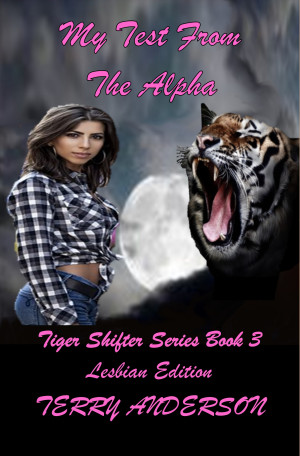 Terry Anderson is a modern person, very private, who identifies as a male but is pretty much pansexual. Terry rides a small motorcycle, and drives a compact pickup truck, gardens, does home repairs and vehicle repairs, and is looking into going solar. Terry was educated at a well-known private school, and dropped out of college because he just couldn’t get into it. Terry has been writing for small publications and websites for about a decade, and has recently decided to write erotica. There will be revisions of these same story lines for those who prefer other casts of characters, such as straight with a dominant female, and perhaps straight with a dominant male, and there will likely be lesbian versions as well, all somewhere hopefully within the next year, so stay tuned!

Reviews of My Test From the Alpha: Lesbian Edition Tiger Shifter Series Book 3 by Terry Anderson

You have subscribed to alerts for Terry Anderson.

You have been added to Terry Anderson's favorite list.

You can also sign-up to receive email notifications whenever Terry Anderson releases a new book.