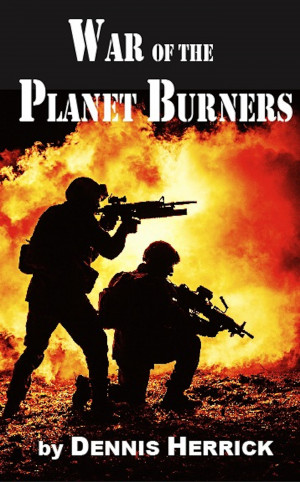 War of the Planet Burners

Dennis Herrrick is the author of 12 books and numerous short stories..

You can visit Dennis Herrick's website at dennisherrick.com, which includes more information about his books.

Reviews of War of the Planet Burners by Dennis Herrick

You have subscribed to Smashwords Alerts new release notifications for Dennis Herrick.

You have been added to Dennis Herrick's favorite list.

You can also sign-up to receive email notifications whenever Dennis Herrick releases a new book.