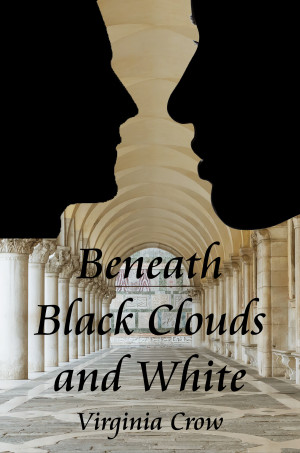 Beneath Black Clouds and White

By Virginia Crow
War and abolition create a fiery mix in this Historical Fiction novel, set in the 1700s. More
Accompanied by his wife to Flanders, Josiah Tenterchilt meets a man who could not be more different from him: an apprentice surgeon named Henry Fotherby. As these two men pursue their own actions, fate and the careful connivance of a mysterious individual will push them together for the rest of their lives.
​
But it is a tumultuous time, and the French revolutionaries are not the only ones who pose a threat. The two gentlemen must find their place in a world where the constraints of social class are inescapable, and ‘slavery or abolition’ are the words on everyone’s lips.
​
Beneath Black Clouds and White is the prequel to Day's Dying Glory.

Virginia grew up in Orkney, using the breath-taking scenery to fuel her imagination and the writing fire within her. Her favourite genres to write are fantasy and historical fiction, sometimes mixing the two together such as her newly released serial "Caledon". She enjoys swashbuckling stories such as the Three Musketeers by Alexandre Dumas and is still waiting for a screen adaption which lives up to the book!

When she's not writing, Virginia is a music teacher in Caithness. She believes wholeheartedly in the power of music, especially as a tool of inspiration. She also helps out with the John o' Groats Book Festival which has just celebrated its 2nd year. Hopefully they'll be plenty more to come!

The series spans decades, following the escapades of the Tenterchilt family and the people whose lives they touch.

You have subscribed to alerts for Virginia Crow.

You have been added to Virginia Crow's favorite list.

You can also sign-up to receive email notifications whenever Virginia Crow releases a new book.