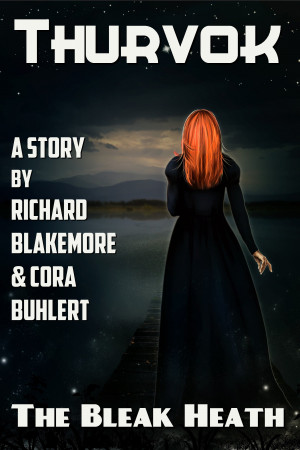 This is a novelette of 10500 words or approx.. 35 print pages in the Thurvok sword and sorcery series, but may be read as a standalone. Includes an introduction and afterword.

This pulpy sword and sorcery series chronicles the adventures of Thurvok, the sellsword, and his companions: Meldom, thief, cutpurse and occasional assassin, the sorceress Sharenna and Lysha, Meldom’s childhood sweetheart whom the adventurers saved from the gallows. Follow Thurvok and his friends as they travel the world, looking for loot and treasure and fighting demons, dragons and monsters.

You have subscribed to alerts for Richard Blakemore.