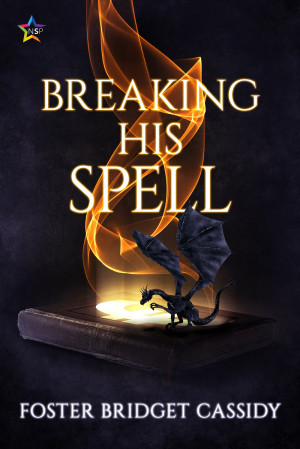 Carishina’s ideas for breaking spells differ greatly from Klint’s. While he tries potions, Carishina tries kisses. Only one of them will succeed.

Foster Bridget Cassidy is a rare, native Phoenician who enjoys hot desert air and likes to wear jackets in summer. She has wanted to be a fiction writer since becoming addicted to epic fantasy during high school. Since then, she’s studied the craft academically—at Arizona State University—and as a hobby—attending conventions and workshops around the country. A million ideas float in her head, but it seems like there’s never enough time to get them all down on paper.

You have subscribed to alerts for Foster Bridget Cassidy.

You have been added to Foster Bridget Cassidy's favorite list.

You can also sign-up to receive email notifications whenever Foster Bridget Cassidy releases a new book.