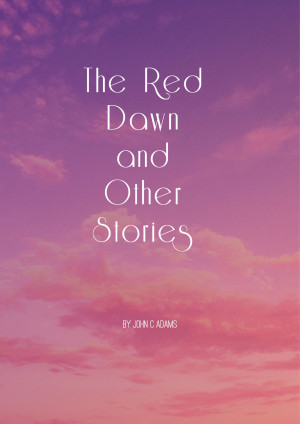 The Red Dawn And Other Stories

By John C Adams
The Red Dawn and Other Stories is a thirty thousand word short-story anthology featuring some of horror author John C Adams' favourite characters, and introducing new friends in both genres.

'The Reverend Dies' is set in my fictional Blackacre universe, which features the Flint family. Brett and the other Flints are sturdy hill farmers in the north of England. Reverend Mandible has died, and been replaced by a new vicar. Now, the family are gathering for the wake of their patriarch Patrus Flint, amid much speculation about who killed them both. Will the new vicar last any longer than his predecessor?

'The Reverend Dies' was edited by Glynn Owen Barrass. Glynn has had over 160 short stories published and also edits anthologies, including for Dark Regions Press, and writes material for the Call of Cthulhu role-playing game.

'Dining on Horrors' is set in the same universe, over in Darkwater a few miles from Blackacre. The Earl and Countess of Darkwater are hosting a dinner party for European royalty, but their cook Mrs Baker hasn't forgotten the behaviour of their guests' chef, Charcuterie, on their last visit. How will she seek vengeance for this wrong now that Charcuterie has returned?

'The Rose Has Thorns' chronicles the early days of Brett Flint's brother Toby's marriage to Rose Ffanshawe of Whiteacre. The Ffanshawes are as mad as the Flints, but dangerous in different ways, so Toby's adjustment to married life isn't easy at first.

'I Seek The Green Pain' takes us inside the hothouses of the Whiteacre estate, where figs are the size of a man and there are orchids dangerous enough to kill and devour a whole dog!

'I Seek the Green Pain' was edited by John Kenny. John was co-editor of Albedo One Magazine from 1993 to 2013 and co-administrator of the International Aeon Award for Short Fiction from 2005 to 2013.

'The Red Dawn' is set away from the fictional Blackacre universe in a village called Winfield. All manner of odd things mark the lives of Winfielders, but they are inspiring for their tolerance and acceptance of newcomers and of each other.

'The Red Dawn' was edited by Glynn Owen Barrass. Glynn is has had over 160 short stories published and also edits anthologies, including for Dark Regions Press, and writes material for the Call of Cthulhu role-playing game.

Finally, Gortah Comes of Age. My full-length fantasy romance novel Aspatria features Gortah van Murkar at the age of forty-eight, king for decades and with two marriages behind him and a brood of grown up sons and daughters. But Gortah Comes of Age is a flashback story, set on the day he turns twenty-one. This is before he's married, and he's still young enough to struggle to balance the demands of lover, mistress and betrothed - but some things never change, and Gortah is still riding into battle against the Eirans who killed his father and all his older brothers twenty-seven years later in Aspatria and its forthcoming sequel Dagmar of the Northlands.

I'm a non-binary author and critic of fantasy and horror.

Although I write mostly long fiction, since 2015 I have had stories published in anthologies from Horrified Press, Lycan Valley Press, Fantasia Divinity and Jersey Pines Ink. My short stories have also been published in the Horror Zine, Sword & Sorcery, Sirens Call, Blood Moon Rising, Lovecraftiana and various other magazines.

I read PPE at Somerville College and I am a non-practising solicitor. We live in rural Northumberland, UK, and I combine my career as an author and critic with caring for my husband Brian, who has severe brain damage, and raising our family.