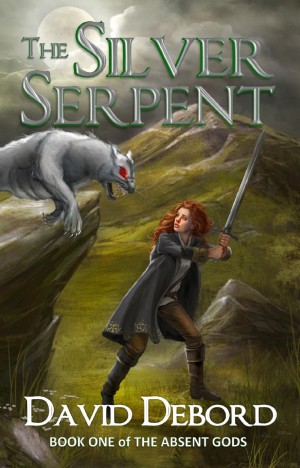 By David Debord
Rated 4.50/5 based on 2 reviews
The frost creeps again. Taught the sword from childhood, Shanis Malan's only dream is to be a soldier, but a woman cannot join the Galdoran army. She thinks her dream has come true when Prince Lerryn hosts a tournament in her town, but she is snatched her from her home and carry her into the midst of a quest for a legendary artifact that can save the world from the minions of Tichris the Ice King.
Download: epub mobi (Kindle) pdf more Online Reader
lrf pdb txt
Price: Free! USD
Add to Library
Create Widget
Tags: fantasy epic fantasy fantasy series david debord
About David Debord

David Debord began writing at age twelve after reading The Hobbit. He wrote two pages of a story about rogue dwarf warriors name Rancor and Ramoc. His mother found and read the pages, traumatizing him to the point that he did not attempt another fantasy novel for fifteen years.

His love of the fantasy genre was renewed years later when he discovered the works of Robert Jordan, David Eddings, Raymond Feist and George R.R. Martin. The world of Gameryah and the Absent Gods series is a byproduct of his love of epic fantasy inspired by these literary giants.

A proud wearer of “Fat Elvis” ties, David Debord lives in metropolitan Atlanta, Georgia with his wife and two daughters. When not writing, he attempts to teach Language Arts to teenagers. He releases his frustrations at minor league hockey games. He doesn’t play- just screams a lot. He is hard at work on the second Absent Gods book entitled Keeper of the Mists.

Also in Series: The Absent Gods

Reviews of The Silver Serpent by David Debord

I haven't finished the story yet but here I am to purchase the follow-up, so that I can take it with me during the Christmas holidays. Perfect winter reading.

This book was a great read. The characters were fantastic and believable, the plot-line was intriguing, and everything tied together perfectly; Debord has a way to make you want to keep on reading without putting the book down. I can't wait for the next book in the series!

You have subscribed to alerts for David Debord.

You have been added to David Debord's favorite list.

You can also sign-up to receive email notifications whenever David Debord releases a new book.