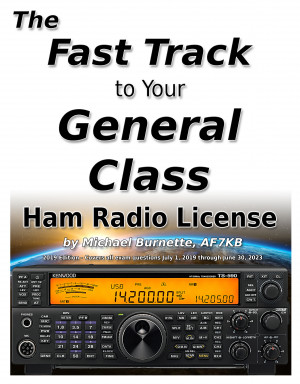 If you've made the decision to open up your ham radio world by going for the General Class License, great! General is certainly more challenging than Technician, but The Fast Track to Your General Class Ham Radio License explains the reasoning and technology behind each correct answer on the General Class exam so you'll understand and remember the subject matter.

Created by an experienced ham and adult educator, it's like having your own, patient, experienced, good-humored mentor for the exam.

To get your General Class license you must pass a multiple-choice test. The General license test consists of 35 questions drawn from a pool of 462. Memorizing the answers to 462 disconnected questions is difficult, but The Fast Track makes getting your upgrade easier by explaining the logic behind each correct answer. It's simple: When you understand the material, and you have a context for the material, you remember the answers and pass the test.

Best of all, once you've passed your exam you'll have a solid grounding in ham radio basics.

- Includes every possible question and every answer
- Correct answers clearly marked in bold
- Precise instructions for how to locate a testing session, how to prepare, and even what to bring -- and what not to bring -- to the test.
- All technical topics explained in clear, plain language, often with illustrations
- Step by step instructions to solve all the math problems
- Test taking strategies
- Hints to easily solve many questions and avoid the traps in the test
- Written in "learning order", not just the (confusing) order of the official question bank.
- Covers questions that will be used until June 30, 2019. - Over 300 pages packed with information

Rave reviews for The Fast Track To Your Technician Class Ham Radio License:

"This is a great book. So many of the study guides are just question dumps and it's a horrible way to learn, at least for me. I need an explanation and something to keep my interest and Mr. Burnette's book fit the bill perfectly. I echo all the sentiments of the other reviewers, the author is a top notch communicator."

"Michael Burnette's ham radio exam prep book is the most useful and comprehensive book that I have found on this subject and makes getting ready for this exam not only easy, but fun. I have learned so much since studying this guide and feel ready to take this exam at a moment's notice. The guide has a wealth of information, not only on the questions and answers, but on the exam itself that is sure to put any test taker's mind at ease."

"The [audio] copy was GREAT because Michael Burnette is an exciting and entertaining and memorable guide!"

"Thank you! Thank you a thousand times over. I bought your book in order to study for my tech license(Kindle version) and the audiobook and I loved them! I originally bought ** *****'s CD's and they confused me. I bought yours and it made learning simple and enjoyable. I did this to surprise my husband of 30 years who has had a license sincethe early parts of our marriage. He has asked me off and on to consider getting a license and I kept saying no. Well with the help of your book and audiobook, I was able to blow his doors off and pass my technician exam first try. Now if you only had volumes for general and expert, the world would be perfect. Seriously thanks again."

Michael Burnette, AF7KB, started playing with radios at age 8 when he found the plans for a crystal radio set in a comic book and wasted a half roll of toilet paper to get the cardboard tube for a coil form. That radio failed as a practical appliance when it proved to only receive high-power stations that were less than one city block away.

This promising beginning blossomed into an equally auspicious 25 year career annoying the public as a commercial broadcaster where he did a bit of everything from being a DJ to serving as a vice president and general manager with Westinghouse Broadcasting (now CBS/Infinity.)

By 1989 he owned his own stations in Bend, Oregon, which afforded him abundant opportunities to repair those stations, often in the middle of the night in a snowstorm.

In 1992, Burnette left the radio business behind, despite absolutely no clamor for him to stay, and took to traveling the world designing and delivering experiential learning seminars on leadership, management, communications, and building relationships.

He has trained people across the US and in Indonesia, Hong Kong, China, Taiwan, Mexico, Finland, Greece, Austria, Spain, Italy, and Russia. In addition to his public and corporate trainings, he has been a National Ski Patroller, a Certified Professional Ski Instructor, a Certified In-Line Skating Instructor, a big-rig driving instructor, and a Certified Firewalk Instructor. (Yes, he can teach you how to walk on fire. Really.)

These days he makes his home in the Seattle, WA area with his wife, Kerry (KG7NVJ) and a singularly unproductive cat.

He is still playing with radios. 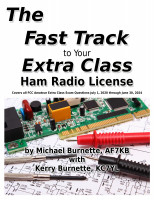 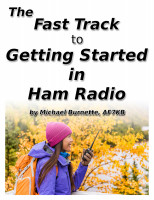 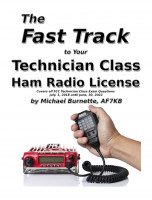 You have subscribed to alerts for Michael Burnette, AF7KB.

You have been added to Michael Burnette, AF7KB's favorite list.

You can also sign-up to receive email notifications whenever Michael Burnette, AF7KB releases a new book.