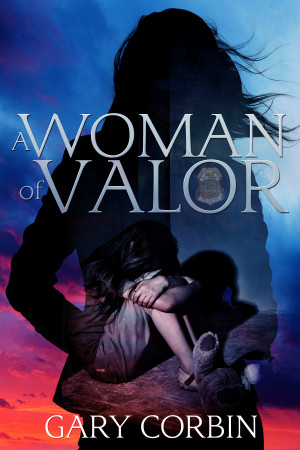 A Woman of Valor

Rookie cop Valorie Dawes fights racism and sexism in her hometown police department as she pursues a savage sex offender - and confronts her own #metoo past.

For Valorie Dawes, #metoo means #fight back. More
Rookie cop Valorie Dawes fights racism and sexism in her hometown police department as she pursues a savage sex offender - and confronts her own #metoo past.

For Valorie Dawes, #metoo means it's time to #fightback.

In this exciting, character-driven police procedural by acclaimed author Gary Corbin, rookie policewoman Valorie Dawes has a mission: take serial child molesters like Richard Harkins off the streets of her small hometown of Clayton, CT--for good.

But Valorie's past includes childhood abuse trauma of her own, and her battle with this cunning, vicious criminal awakens memories and emotions she'd rather forget.

Battling sexism within the department and vilification in the media as a reckless incompetent, Val finds few allies in the pursuit of this elusive, cruel criminal, even as he continues to victimize women and girls in the community.

About the Series: Valorie Dawes Thrillers

Policewoman Valorie Dawes has a dark secret--one that makes her vulnerable, explosive, and tough.

You have subscribed to alerts for Gary Corbin.