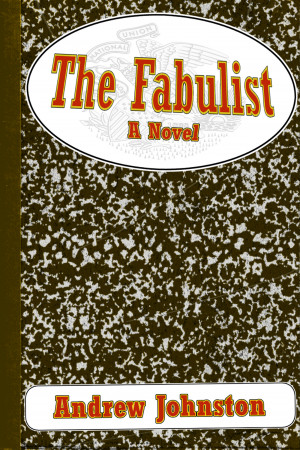 It's the last thing he remembers from before Earth burst into flames. The flyers came first, a readily ignored portent from a known crank. Then came the riots, the surveillance, the clampdown, and one stubborn crank who finally found validation in the fires.

"Don't miss the world's last party or opportunity to witness the biggest event in human history!"

No one else remembers any of this, though. The "Storyteller" - a title adopted by one whose name burned up along with everything else - holds that unique knowledge in his mind. There's no shortage of wasteland tyrants looking to crack open that vault nestled between his ears, eager for a taste of the world that was.

"Miss it at your own peril!"

The problem is that reality isn't lining up so neatly with Storyteller's recollection. The ruins of the new world keep conflicting with the memories of the old. Gradually, he is drawn into a quest to reconcile the past with the present, a quest that will take him across the scarred remains of his childhood haunts. It's a dangerous journey, but it could also be his last chance to save his life and his soul.
Download: epub mobi (Kindle) pdf more Online Reader
lrf pdb txt
Price: Free! USD
Add to Library
Create Widget
Tags: apocalypse family memory surveilance
About Andrew Johnston

Born in rural western Kansas, ANDREW JOHNSTON discovered his Sinophilia while attending the University of Kansas. Subsequently, he has spent most of his adult life shuttling back and forth across the Pacific Ocean. He is currently based out of Hefei, Anhui province. He has published short fiction in Nature: Futures, the Arcanist and Mythic and will be featured in the upcoming Bad Dream Entertainment Horror/Humor Anthology.

Learn more about the author at www.findthefabulist.com. 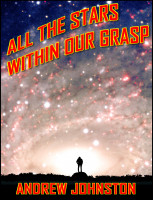 Reviews of The Fabulist by Andrew Johnston

This is another story of a post apocalyptic world, laced with the story of how it got that way. It's about a pair of brothers, the older is the main character before the destruction, the younger is the main character after. The end was caused by an alternate form of nuclear energy, but there is no real science involved. Other than the alternate chapters that occur before the catastrophe, plot is similar to many others of this sub-genre, survival in the brutal savage world that exists once civilization is ended. In the chapters that happen after the apolcolyse I couldn't tell that I wasn't reading one of a dozen other stories like it who's names and authors I've already forgotten. The chapters that happen before it don't break much new ground either. There's the evil scientist, the evil corporate boss and the helpless waif who tries to stop it all.

The good thing about the story is that it does, at times, try to convey a message, and that message is that human greed is destroying the world. He doesn't link it to climate change but to other ecological problems. What he doesn't do is link this greed to the need to dominate. Billionaires are destroying the world out of greed, but it is not really greed for more possessions, but for power. Any billionaire can purchase all the luxury our civilization can produce, and he makes the point that it is never enough. It's just a tiny little step beyond to see that at the levels the wealthiest are at today, wealth is nothing but a score, and these people are so hyper-competitive that they must run up their 'score' to beat everyone else so that they have power over others and dominate them.

There are a couple female characters with speaking parts and one kiss is the total of sexuality in the story. There's a good bit of violence but at least it serves the plot instead of the other way around. In much of the story it seems like the apocalypse was a thousand years ago instead of less than thirty. There is much mention of many people not knowing what the world was like before the event. I think most of us can remember 1990. The proofreading is good for long stretches and then you hit an occasional rough patch, but nothing that will hold you up. The ending is rather open, like there should be one more chapter, but it doesn't lead to another book that I know of.

You have subscribed to alerts for Andrew Johnston.

You have been added to Andrew Johnston's favorite list.

You can also sign-up to receive email notifications whenever Andrew Johnston releases a new book.