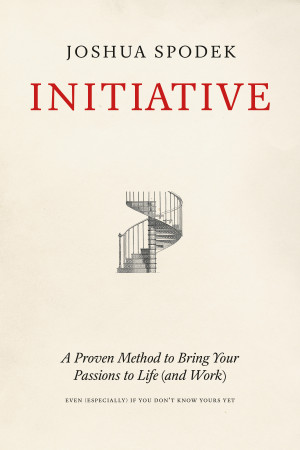 Initiative: A Proven Method to Bring Your Passions to Life (and Work)

Joshua Spodek is a TEDX speaker, professor at NYU, host of the award-winning Leadership and the Environment podcast, a columnist for Inc. magazine, and author of the #1 bestselling book Leadership Step by Step. He holds five Ivy League degrees, including a PhD in astrophysics and an MBA from Columbia, where he studied under a Nobel laureate and helped build an X-ray observational satellite with the European Space Agency and NASA.

Josh left academia to found a venture based on his invention that showed animated images to subway riders between stations. Today, he teaches and coaches leadership and entrepreneurship at NYU and at Columbia Business School, and has spoken at Harvard, Princeton, West Point, MIT, BCG, PwC, S&P, and IBM. He has appeared on every major network, and has been featured in New York Times, the Wall Street Journal, and many other publications. In its “Genius” issue, Esquire listed him among the “best and brightest”; NBC has called him an “astrophysicist turned new media whiz,” and Forbes and ABC have called him a “rocket scientist.” Josh has done burpees daily since 2011 (129,000 and counting at the time of writing this book), takes 16 months to produce one load of garbage, and hasn’t flown (by choice) since March 2016. He blogs daily at joshuaspodek.com and makes his courses available online at spodekacademy.com.

Reviews of Initiative: A Proven Method to Bring Your Passions to Life (and Work) by Joshua Spodek

You have subscribed to alerts for Joshua Spodek.

You have been added to Joshua Spodek's favorite list.

You can also sign-up to receive email notifications whenever Joshua Spodek releases a new book.