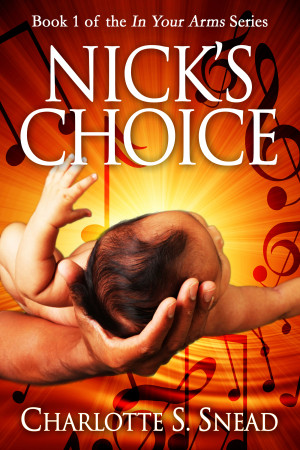 As a teenage adult, Nick Costas struggles to cope with and overcome his rough upbringing in abusive foster homes and on the streets of South L.A. He senses there is a better life for him out there, but he is unsure what it is or how to obtain it. That is, until he falls into a rare opportunity working a soundboard for the Marine Band, which sets him off on a redemptive journey involving music, love, spirituality, and the perfect family he never knew could have existed.

Join Nick on his journey of redemption as he transitions from a broken and confused teenage adult to a successful professional, a loving and spiritual father of a family of seven, and an inspiration to others. Follow him as he goes from working the soundboard for the Marine Band to becoming a successful music producer in Hollywood, Nashville, and West Virginia. Follow him as he goes from a twice-divorced, broken young man to a loving and passionate husband to a grieving widow, Barb, and a caring and guiding father to her three children and two of their own. And follow him as his and Barb’s story of redemption, love, and spirituality begins to inspire others in their own lives and relationships.

No matter your age or background, if you are interested in stories of personal redemption, spiritual transformation, or loving couples, parents, and families trying to figure it all out, then this is the book for you. The story of Nick Costas, as told in this book, is here to inspire and guide you in your own personal, parental, and family life.

CHARLOTTE S. SNEAD holds a Bachelor of Arts degree in Psychology from Duke University and a Master of Social Work degree from the University of North Carolina. OakTara published her first three books: His Brother’s Wife, in 2012, and Recovered and Free and Invisible Wounds, in 2014. Charlotte later received Jan-Carol Publishing’s Believe and Achieve Award for her novel A Place to Live, the first of a scheduled five-book series. While working on the remaining books in the series, she also published her first children’s book, Deano the Dino Goes to the Doctor, in 2018.

Charlotte married her husband, Dr. Joseph Snead, in 1962. They raised five children and a foster daughter and now proudly grandparent ten boys and one girl. One of their children and four of their grandchildren are adopted. Charlotte was the daughter of a career military officer, who served in WWII, and Dr. Snead served in Vietnam. Their son was a career military officer, so Charlotte has a special place in her heart for our military.

In keeping with Charlotte’s strong belief in and celebration of the joys of marriage, family, and writing, she maintains a blog (at www.charlottesnead.com), which has the tagline “Sacred Passion—It’s God’s Idea.” Please feel free to contact her there.

You have subscribed to alerts for Charlotte S. Snead.

You have been added to Charlotte S. Snead's favorite list.

You can also sign-up to receive email notifications whenever Charlotte S. Snead releases a new book.