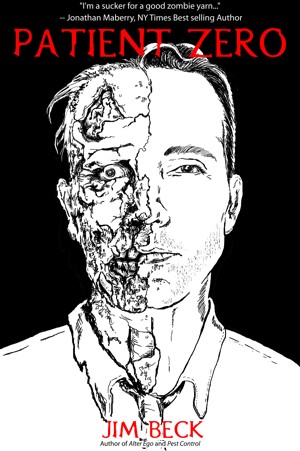 Bob has a brain tumor.

Not to worry, though. He's the prime subject for a new procedure involving nanotechnology. Microscopic robots are introduced into his body and effectively destroy the tumor. Job well done.

But there's a catch. A virus lying dormant for years inside him is manipulated by the tiny machines and causes Bob to die and then be brought back to life as a zombie.

His transformation into one of the living dead is slow, first appearing as a skin rash and advanced arthritis. And if that wasn't bad enough, the virus has mutated and Bob is slowly losing control. Now, no one is safe -- not the neighborhood pets, his co-workers, even his son.

Told from the point of view of the zombie virus itself, this story of a single father, his son, and a zombie outbreak is a cautionary tale of advanced medical science and where it might lead us.

Jim Beck is a freelance writer who resides in Burbank, California with his loving wife, adoring son, and cute little dog named Monster. He has written for the Cartoon Network show Pink Panther and Pals, produced a short zombie film and independent feature film, and is currently awaiting the release of his first direct-to-DVD film.

In his spare time, he enjoys watching movies, having open-heart surgery (though it was not his choice), playing video games, and searching the universe hoping to find more spare time.

If you have any corrections, compliments, insults, or are a king in need of getting money into the United States, you may contact the writer at blackroostercreations@earthlink.net. He promises to answer each and every e-mail he receives.

Please visit www.blackroostercreations.com for more details on his upcoming projects. 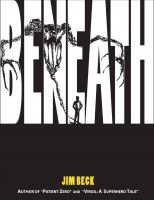 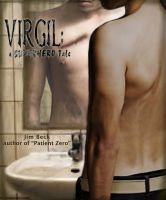 You have subscribed to alerts for Jim Beck.

You have been added to Jim Beck's favorite list.

You can also sign-up to receive email notifications whenever Jim Beck releases a new book.