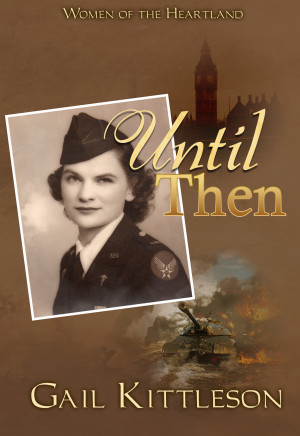 Shortly after a quarter past eight, a siren split the air. Marian Williams lifted her sleeping daughter from her bed and darted down the stairs, her husband’s instructions echoed in her brain: “Whatever you do, get down inside the station fast as you can.” Then she tripped. A crushing burden descended, then all went black. More
March 3, 1943, Bethnal Green - London’s East End

Shortly after a quarter past eight, a siren split the air. Marian Williams lifted her sleeping daughter from her bed and darted down the stairs. Her mother and father-in-law, off on air warden duty, had left the front door unlocked. She hugged her youngest child close. The blackout made the going difficult, but her husband’s instructions echoed in her brain: “Whatever you do, get down inside the station fast as you can.”

She hoped for a spot near the canteen, with access to milk. Uneven light shone over the paved steps. Then she tripped. Her knee hit the concrete, then something bashed her left side. Someone cried out. Another blow scraped her arm on the landing floor. Where was her baby? She attempted to get up, but an even heavier weight slammed her face down. A crushing burden descended, then all went black.

Riding in the backs of Army trucks across North Africa, throughout the Sicily campaign, up the boot of Italy, and northward through France into Germany, Dorothy Woebbeking served as a surgical nurse with the 11th Evacuation Hospital. During World War II, US Army nurses worked and slept in tents through horrific weather, endured enemy fire, and even the disdain of their own superior officers, who believed women had no place in war. But Dorothy and her comrades persevered, and their skills and upbeat attitude made a huge difference in the lives of thousands of wounded soldiers.

Until Then, #5 in the Women of the Heartland series, is a very well-written novel about the fabulously talented nursing team serving our military in WWII and local law enforcement and their families in war-torn London. It is Christian historical fiction at its best and based on real events and people, including the Bethnal Green tragedy in London, and Dorothy Woebbeking, an army nurse who served in North Africa and Europe with the 11th Evacuation Hospital.

Bethnal Green was the scene of the greatest war-related loss of life tragedy in London during World War II. To keep the enemy from knowing how frightened the citizens were and avoid any similar actions, the cause of the deaths of 173 people, mostly women and children, was suppressed. One of the fictional characters in the novel is Rupert Laudner, a police officer who responded to the crisis. Through the eyes of Rupert, his family, and his close friend Vicar Towsley, we see how the German attacks on London effected the citizens as a whole and as individuals.

Army nurses handled a phenomenal number of patients in terrible varieties of warfront injuries. Dorothy and her friends exemplify the best of the best medics and nurses, the men they loved, the families they were a world far away from. Waiting for medical supplies and sitting with soldiers who are near death are among the challenges faced. Knitting socks and other items for soldiers seems like a drop in the bucket of needs, but every pair of socks is a pair of feet at the front rather than the hospital or hospital tent. Their selfless service while hoping for word about brothers, fiancés or boyfriends, or other family members could have added to their feelings of isolation were it not for the close friendships between the women.

The characters are defined with care and necessary depth. It is easy at times to read about wars and the various levels of those involved and being able to close the novel and walk away. The author invites us into the lives of her characters, bringing them to life in such a way as to keep them in the reader’s heart long after the final page is read. One thing I appreciated was seeing how Dorothy, raised in the same faith as I was, used the prayers, scriptures, and important things memorized over the years when sitting with her patients. It was a beautiful way to demonstrate how we can live our faith in even the worst of circumstances. Along with Dorothy and Rupert, I like Hank (Henrietta) and their mascot, Eric.

This novel is a must-read for those who appreciate Christian novels about WWII, the nurses who served the military, or Christian women’s fiction. It is realistic in the aspect that the characters face not only the losses of those about them, but their own personal losses. For those who believe in God, they grieve yet go forward, making plans for their futures. I highly recommend Until Then, and plan to read the earlier novels in the series.

From a thankful heart: I won a copy of this ebook from the author; a review was not required.

You have subscribed to alerts for Gail Kittleson.

You have been added to Gail Kittleson's favorite list.

You can also sign-up to receive email notifications whenever Gail Kittleson releases a new book.