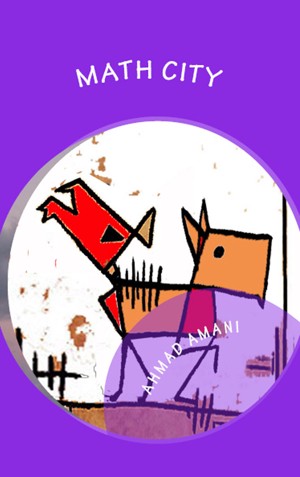 To all dear numbers of the city:

Beware! A minus, called Lying Line, is prowling about. Stay away from him! You will change to zero if he should find you! Oh yes, being zero is equal to your death. This minus is armed with cold and hot weapons, including a sharp knife and a loaded gun! More
Monster Number was grossly overweight and had a shaggy body, like a mammoth. In the beginning, Monster Number could not walk very well. Though he swayed a little, tottering and often falling, my father trained him for detecting and killing. After a few days, we attacked Math City.

Math City was bombarded, the doors and the walls shaking while the dark shade of the Monster Number came down, covering the city. Monster Number threw big stones, one after another; and like repulsive ghoul crashed through any barrier.

Ahmad lives in the Middle East. He is a graduate of the Art University in Tehran. He has worked for many newspapers in Iran as a journalist.

He hopes that his books make you think, while you enjoy it. 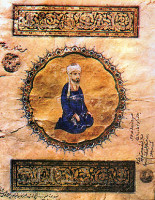 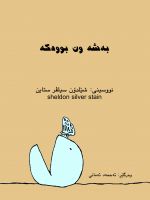 Math City is a short story using numbers and mathematical symbols to tell a story of power, war, and poverty. I think everyone can somehow relate this story to their own corner of the world's issues. However, I had a hard time following the broken english.

There are two main characters searching for power: the Lying Line and the Upward Lying Line. We see a lot of side characters, and the story details how these main characters try to help them and their city. But in the end, they are motivated by greed, corruption and power. And as the lowly can rise to power, so can the powerful fall down.

The thought and the story behind the story have a lot of potential to be very powerful. However, I think the grammatical mistakes held me back, and I kind of wished the story had put more depth to the characters. This book has comparisons to Animal Farm, but I think another good comparison would be The Good Earth.

This is something I could see people picking up and reading while waiting to see their dentist or doctor in some type of office. It's a short read and thought-provoking. I recommend you pick it up when you have an hour to spare (and only if you aren't going to get hung up on the grammar).

Ahmad Amani's novella, "Math City" first grabbed my attention because it is wonderfully and appropriately illustrated. I didn't know quite what to expect and thought at first I was reading what might happen if a mathematician turned a very complicated equation into a story. That is exactly what the author must have had in mind. Each of his characters has a special set of qualities. All of them live in Math City where there is a social order defined by the mathematical qualities of each character.

This story isn't for everyone, but some might find the interactions among the characters Lying Line and Upright Lying Line as well as the Ones and fat numbers to be entertaining. I thought the addition of Physics City and the social conflicts between Amani's characters were a testimony of the human condition. In the author's notes at the end, Amani tells readers he's a fan of Orwell and "Animal Farm." "Math City" is a must read for fans of that genre.

(review of free book)
Eileen Burmester reviewed on on July 31, 2012

When I first started reading the book, I thought it was a children's book but is was full of complex characters who were numbers representing people living in Math City. Everyone of them had a personality that conflicted with each other. The author lives in a part of the world where there is conflict and a culture that is different from ours. The story line deals with topics such as politics, government and a life that is difficult in a way that is fun,clever and unique. I recommend the book to everyone who wants a little insight into a culture different then our own.

Open your mind to the equations, the concepts, the abundant possibilities of a world ruled solely by mathematical concepts.

One man, known at the Lying Line, is unpopular to say the least however everyone fears him even more. Every number wants something from him, but when their number is up, they blame everything on the Lying Line. When war comes, no one will make a stand, they follow and do as they are told, too conditioned by years of being told what to do and what to think.

Changes need to be made to survive but can all the numbers in Math City come together and unite or will they forever be at war?

This is a very well done urban fantasy tale that draws from the real life situations that we see daily depicted on television, the internet and in the papers. Very interesting!

(reviewed 2 days after purchase)
Akeith Walters reviewed on on May 11, 2012

Thank you letting me read your story. It is reminisce of Johnathan Swift, who wrote Gulliver's Travels.

I think you've done well with the characters and the structure of the story line. In a way, it is enlightening, at least for me. It presents a new insight into a way of life and an area of the world that not readily known to many people.

(reviewed the day of purchase)
Akeith Walters reviewed on on May 11, 2012
(no rating)
Thank you letting me read your story. It is reminisce of Johnathan Swift, who wrote 'Gulliver's Travels".

I think you've done well with the characters and the structure of the story line. In a way, it is enlightening, at least for me. It presents a new insight into a way of life and an area of the world that not readily known to many people.

(reviewed the day of purchase)
Mirvan Ereon reviewed on on May 9, 2012

I really love the concept of the book. I have never read a book like this. This is so unique and very intelligent. It is a story about a world populated by numbers, equations, math concepts, etc. as if they are real persons with qualities and distinct characters. This is really amazing. I am very happy reading it because it opened my mind into something good and entertaining. I hope this author would write more books like this. Indeed, very creative!

You have subscribed to alerts for Ahmad Amani.

You have been added to Ahmad Amani's favorite list.

You can also sign-up to receive email notifications whenever Ahmad Amani releases a new book.