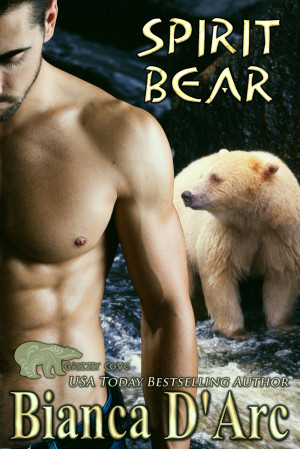 By Bianca D'Arc
Gus is a rare Spirit Bear, but he falls like any ordinary guy for Laura. She stirs emotions he never knew he could feel. Laura has been through hell and has come to Grizzly Cove to heal. Can she trust the instincts of her inner wolf that tell her Gus is her true mate, or will the crazy attraction only lead to more problems? With evil on her trail and allies she must protect, what’s werewolf to do? More
She never thought she would love again…and then he appeared in her life.

Rescued alive, but not whole…

Laura is a white wolf shifter far from home and out of her element. She’s been held prisoner for years by those who would use her power for their evil purposes, but she’s held strong against them and lived to tell the tale. But she’s lost everything in the process—her mate, her baby girl, her zeal for living. He baby is a grown woman now, and Laura is overjoyed to be reunited with her only child, but questions remain.

Is he her friend, or warden?

Tasked by the Alpha of his Clan to watch over Laura’s recovery, Gus feels especially drawn to the injured woman. He is a rare spirit bear shifter who walks the shaman’s path. Considered spooky by most of his friends, Gus finds acceptance and welcome from Laura that he cannot resist. The questions bothers him - and his Alpha - was her escape too easy? Has she been delivered into their midst as some kind of living Trojan Horse?

How can he be her true mate?

Laura begins to realize that the so-called mate she’d had years ago may not have been her one, true mate. Her attraction to Gus is too strong to be denied and she feels things for him that she never felt with her baby’s father. New feelings are stirring - as is a feeling of danger and inexplicable rage when she sees anybody other than Gus or her daughter. Something is wrong. Very wrong. She will need help to defeat the residual evil left on her by years of captivity. She only hopes Gus and the good people of Grizzly Cove will be up to the task - and that something will be left after the evil is washed away. She’s only just regained her life. She doesn’t want to lose it again…this time, possibly, forever.
Available ebook formats: epub mobi pdf lrf pdb
First 15% Sample: epub mobi (Kindle) lrf more
pdb
Price: $4.99 USD
Buy Add to Library Give as a Gift
How gifting works
Create Widget
Tags: werewolf shapeshifter wolf shifter werebear white wolf bear shifter grizzly shifter
About Bianca D'Arc

About the Series: Tales of the Were - Grizzly Cove

Welcome to Grizzly Cove, where bear shifters can be who they are...if the creatures of the deep will just leave them be. Wild magic, unexpected allies, a conflagration of sorcery and shifter magic the likes of which has not been seen in centuries... That's what awaits the peaceful town of Grizzly Cove. That, and love...lots and lots of love.

Also in Series: Tales of the Were - Grizzly Cove

You have subscribed to alerts for Bianca D&#039;Arc.