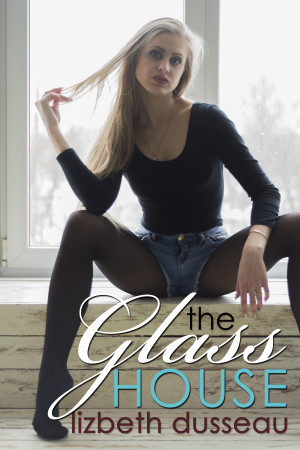 It began with an orgy months before the glass house was erected, when Carrie, Damon and his four best friends were sharing pot, liquor and pizza before a cozy fire in the Lodge’s main room. When her lips met Jerry’s for an unexpected kiss and they began to fool around, the other men joined in until Damon’s new bride was fucked by all four – while Damon watched with a sly smirk. In the next few years, the four friends arrive separately at Carrie’s glass house door, and she welcomes them in. The sex is hot. The fun gets kinky. Even a little savage as her lovers slake their lust and hers.

Seems like the perfect arrangement, until Carries discovers that the telescope Damon uses to spy on her exploits (with her knowledge) has a recording device attached. What the fuck is he doing with the recordings? Suddenly, all hell breaks loose! And lovely arrangement between husband and wife is headed for disaster!

My beloved husband and business partner, Ken, passed away in 2012. At that time, I decided to retire from writing. However, when a new man entered my life for a brief fling in 2013, I was blessed to find inspiration for the novel, Spontaneous Combustion, which was published in 2014. Then in the latter half of 2018, the writing bug caught up with me again and I penned The Glass House, soon to be released at Smashwords.

You have subscribed to alerts for Lizbeth Dusseau.

You have been added to Lizbeth Dusseau's favorite list.

You can also sign-up to receive email notifications whenever Lizbeth Dusseau releases a new book.