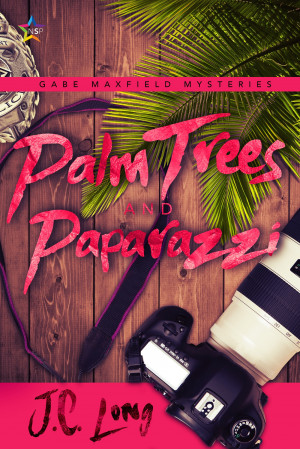 By J.C. Long
A missing woman.

It’s just another week for Gabe Maxfield. More
Gabe Maxfield remembers Manuel Delgado all too well—since investigating him nearly got him killed. He’d be very happy never to see him again, but that’s not in the cards for him. When the mother of a missing socialite seeks out Paradise Investigations to find out what happened to her daughter, Gabe and best friend Grace Park are going to be thrown right back into Delgado’s world. Personal lives begin to interfere, as well, and soon they’ve got more on their plate than they can handle.

Reviews of Palm Trees and Paparazzi by J.C. Long