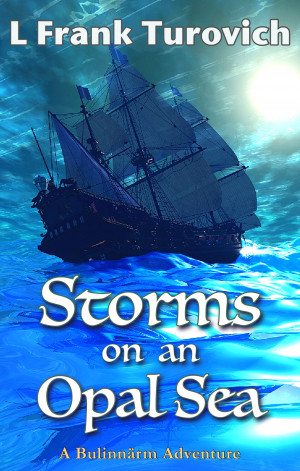 Storms on an Opal Sea

L Frank Turovich (1956- ) was born and raised in Flint, Michigan where he became a rabid reader of science fiction, fantasy, mysteries, comics and everything else not nailed down. He’s spent time in the Marine Corp before breaking into writing via articles in Nibble Mac and Inside BASIC magazines, then graduated to technical writing, training, and managing teams for companies like Zedcor, Metrowerks, Motorola, Freescale Semiconductor, and Nokia, before leaving to pursue his fiction writing ambition.

He currently resides in Michigan in a home filled with books, computers, and two cats (Java and Larry).

Reviews of Storms on an Opal Sea by L Frank

You have subscribed to alerts for L Frank.

You have been added to L Frank's favorite list.

You can also sign-up to receive email notifications whenever L Frank releases a new book.