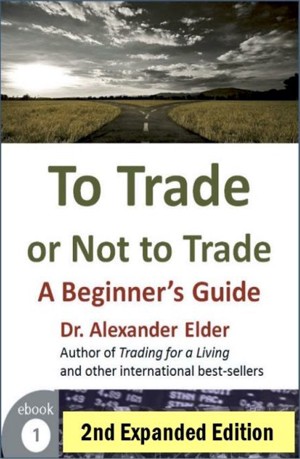 To Trade or Not to Trade: A Beginner’s Guide

This is the life of a successful trader.

Many aspire to it but few succeed. Newcomers fail to prepare for the markets’ tough challenges and keep making serious mistakes that could easily be avoided. This book will help you decide whether trading is for you and teach you its essential rules.

Success in trading is based on three Ms: Mind (psychology), Method (tactics), and Money (risk management). Each of these areas is covered in its own section of this ebook. The final section covers such practical topics as record-keeping, finding a broker, beginning to trade and continuing education.

Dr. Alexander Elder is a trader and an author of several bestsellers for advanced traders.

Dr. Alexander Elder is a professional trader based in New York City. He is the author of Come into My Trading Room (Barron’s 2002 Book of the Year) and Trading for a Living, considered modern classics among traders, as well as a number of other books.

Dr. Elder was born in Leningrad and grew up in Estonia, where he entered medical school at the age of 16. At 23, while working as a ship’s doctor, he jumped a Soviet ship in Africa and received political asylum in the United States. He worked as a psychiatrist in New York City and taught at Columbia University. His experience as a psychiatrist provided him with unique insight into the psychology of trading. Dr. Elder’s books, articles, and software reviews have established him as one of today’s leading experts on trading.

Dr. Elder is the originator of Traders’ Camps—week-long classes for traders, as well as the Spike group. Group members are professional and semi-professional traders who share their best stock picks each week in competition for prizes among themselves. He continues to trade and is a sought-after speaker at conferences in the US and abroad. 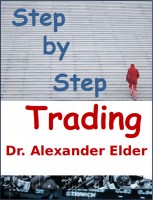 I would recommend this book to all beginning investors so they can examine their perception of trading. Also worth a read by more experienced traders to see how they could be making a few mistakes... It's a great summary and introduction to investing.
www.smauginvestments.com.au

You have subscribed to alerts for Dr Alexander Elder.

You have been added to Dr Alexander Elder's favorite list.

You can also sign-up to receive email notifications whenever Dr Alexander Elder releases a new book.