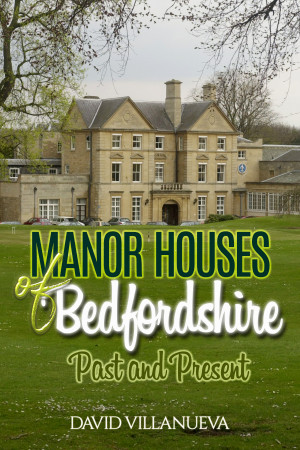 Manor Houses of Bedfordshire Past and Present

David Villanueva (1951- ) was born in Birmingham, England, where he grew up. In the early 1970s his mother bought him a copy of Ted Fletcher’s book A Fortune Under Your Feet, which, together with David’s great interest in history inspired him to buy a metal detector and take up treasure hunting as a hobby. Family stories about the origins and history behind David’s Spanish surname also spawned the hobby of genealogy. A career move brought David to Whitstable in Kent, England, and it was here that David’s love of history research developed into great success both in metal detecting and family history research. A little later David felt the urge to put pen to paper and started writing articles for the two British metal detecting magazines - Treasure Hunting and The Searcher – which have published more than two dozens of David’s articles between them. Success in writing articles soon led to David’s first book: The Successful Treasure Hunter’s Essential Dowsing Manual: How to Easily Develop Your Latent Skills to Find Treasure in Abundance, published in both digital format and paperback. To date, David has written over a dozen books in the metal detecting, treasure hunting and family history genres.

You have subscribed to alerts for David Villanueva.

You have been added to David Villanueva's favorite list.

You can also sign-up to receive email notifications whenever David Villanueva releases a new book.