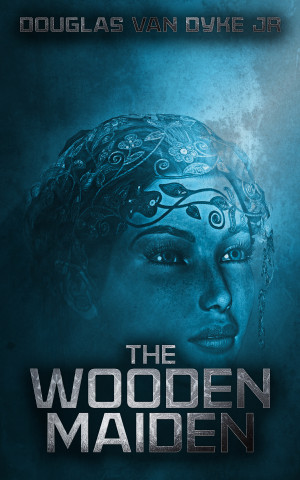 By Douglas Van Dyke, Jr
Rated 5.00/5 based on 1 review
It turns out that tales of a witch in the vale are true, as an unfortunate maiden named Evessa finds out. The witch forces her into the wilderness for the sake of magical experiments. A curse transforms her body and robs her freedom. She remains isolated and trapped, until the day a loner stumbles upon her predicament. Can this young man, outcast by choice, rekindle her lost hopes? More
Despite the common presence of magic in Dhea Loral, tales of a witch in the vale are treated as no more than a scary story to keep children in line. Myth becomes reality when a young maiden named Evessa finds herself face to face with a captivating woman. Bound by the witch's magical commands, Evessa is forced to march into the wilderness for the sake of magical experiments. The maiden's life and body are transformed by the witch's curse. Left isolated and trapped, she faces a future of despair. After many dark days, a whistling song heralds a new visitor. A loner that has forsaken civilized lands stumbles upon her exile. Can this man rekindle the hope she once thought lost?

Douglas was born on Nov 28th, 1971 . He got to live many different places while growing up, courtesy of the assignments the US Army offered to his father. Too quiet and too shy for too long, there was always dreams of other worlds and places…and the desire to write about them.

He got into fantasy role-playing games in his mid-teens. The first such games played on a computer were offered by a Commodore 64. Often Douglas and his brother would create their own tabletop fantasy games and rules as well, all using very basic 6-sided die. Eventually, they also got into Dungeons and Dragons*. As MMORPGs (Massively Multiplayer Online Role Playing Games) appeared, he tried a hand at several of them and made several new friends across the internet. To this day he has friends whom he meets in tabletop role-playing games, as well as online adventures. Many of his characters evolved in games, and each developed their own personality.

Inheritance of a Sword and a Path is the second book he has written, though the first published. It starts The Earthrin Stones trilogy, set in the fantasy world of Dhea Loral…a world he created for tabletop role-playing. The Widow Brigade is set in the same world, but a different locale and characters. While The Earthrin Stones trilogy servers as a good overall introduction to Dhea Loral, The Widow Brigade is focused on the dwarf widows of Tok-Maurron and their struggles. Douglas continues to write novels and think up short stories, while pondering the changing world of print vs ebooks.

Douglas lives with his wife and two young autistic children in Minnesota. He works in health care, serving people’s healthcare needs in imaging. When most people see him, he is wearing scrubs.

Favorite meal: Sausage and pepperoni pizza, with a Pepsi

–Graduated high school at age 16, then faced resistance from the state of Wisconsin because they felt no one under 18 should hold a full-time job.

–Lived on an army base in Germany for 3 years.

–Most loved RPG character endured a long campaign in which he lost twelve horses out from under him and more magical weapons destroyed than he could count. The Dungeon Master finally let him earn an unbreakable sword and an intelligent, high-level monster mount. The sword melted in acid and the mount was accidentally killed by a party member.

–Wouldn’t be surprised if he has Asperger’s Syndrome, since the more he learns about it in his oldest the more it sounds like his own childhood. Douglas sees no point in trying to diagnose it since he’s an adult. 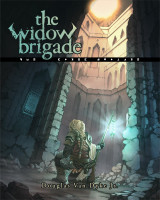 Reviews of The Wooden Maiden by Douglas Van Dyke, Jr

This story may be short, but it's such a pleasant read. I like fantasy stories, but I don't like romance that much, but here it is perfectly balanced. Both MCs are different, and together they grow closer in a natural way - so no insta love ;-)

Even when the premise is simple, this story made me hold my breath on a few occasions as the storyline could go any way. I recommend this book to anybody who has a free hour in front of them ;-) You won't be disappointed.

Would you like to favorite Douglas Van Dyke, Jr?

You have been added to Douglas Van Dyke, Jr's favorite list.