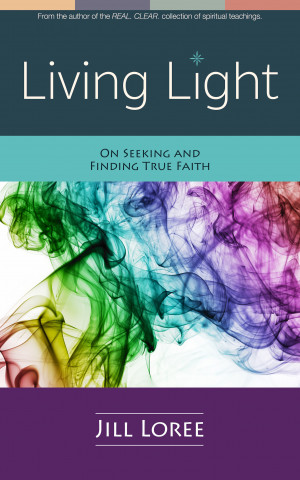 1 THE FORCES OF ACTIVITY AND PASSIVITY | Searching Inside the Serenity Prayer and Finding God’s Will
There are many ways to slice the pie of life, but in the end, we can split the universe down the middle into two basic principles: active and passive. The kicker is to know which to apply when. It’s a misnomer to believe that applying our free will means to be active, and following God’s will means to be passive. No. We’ll need to use plenty of our own willpower to find and follow God’s will, a motion we often then confuse with pressing too hard on the accelerator of our self-will.

2 MOBILITY IN RELAXATION | Could This be the Answer…to Everything?
Whatever conditions we find ourselves in, this is the form that life has taken as the outcome of how our consciousness has impressed this life substance. And that creation process is never ending; it’s in continuous motion. If we can come to understand the rhythm and method of this movement, we will have an important key that can unlock many of our life’s mysteries.

3 SELF-CONFIDENCE | How Can We Get More?
We’ve all felt self-confidence, at least a time or two. It’s that moment when we’re solid and we know what needs to happen. We’re aligned with our truest nature and living from our real self. So what exactly is this real self?

4 SELF-DISCIPLINE | The Fine Art of Self-Discipline
As long as we do things because we think there’s no other way and we have to, we are then constantly obeying some authority but with the brakes on. On the other hand, when discipline becomes a freely chosen act, it’s not a burden. It actually becomes pleasurable. So when something is freely chosen, it is pleasurable, but when we do something because we must, it is horrible.

5 BURIED BELIEFS | Really, How Bad Could they Be?

6 TRANSFERENCE VS. PROJECTION | The World is Our Mirror

7 FREE WILL | Why Doesn’t God Take Away Our Suffering?

8 SPIRITUAL NOURISHMENT | Nourishing Ourselves with Truth

9 FORGIVENESS | One Tough Nut to Crack

10 THE FIVE STAGES OF LOVE | Insecure and In Love: Is this Even Possible?

11 ATHEISM | Where Does it Come From?

12 DENIAL | The Mind-Blowing Damage of Denying Our Darkness

13 MONEY & POLITICS | The Almighty vs. the Almighty Dollar: Which do we Trust?

14 SHAME | The Right and Wrong Kind

15 SHAME OF THE HIGHER SELF | We’re Ashamed of our Best Self. Crazy, Right?

16 NEGATIVE PLEASURE | The Link Between Pleasure and Cruelty

19 THE THREE STAGES OF DEVELOPMENT | The Movement Toward Giving

21 THE FATHER, THE SON, AND THE HOLY SPIRIT | Who Runs the World?

26 THE CROSS | What is the Symbolism?

27 THE REAL MEANING OF MEEK | Meek vs. Mild: Which Delivers the Goods?

28 BAPTISM | Doing the Work vs. Dipping in Water: Which Saves More?

A neatnik with a ready sense of humor, Jill Loree’s first job as a root-beer-stand carhop in northern Wisconsin was an early sign that things could only get better.

She would go on to throw pizzas and bartend while in college, before discovering that the sweet spot of her 30-year sales-and-marketing career would be in business-to-business advertising. A true Gemini, she has a degree in chemistry and a flair for writing. Her brain fires on both the left and right sides.

That said, her real passion in life has been her spiritual path. Raised in the Lutheran faith, she became a more deeply spiritual person in the rooms of Alcoholics Anonymous, a spiritual recovery program, starting in 1989. In 1997, she was introduced to the wisdom of the Pathwork, which she describes as “having walked through the doorway of a fourth step and found the whole library.”

She completed four years of Pathwork Helpership training in 2007 followed by four years of apprenticing and discernment before stepping into her full Helpership in 2011. She has been a teacher in the Transformation Program offered at Sevenoaks Retreat Center in Madison, Virginia, operated by Mid-Atlantic Pathwork, where she also led marketing activities for over two years and served on the Board of Trustees.

In 2012, Jill completed four years of kabbalah training in a course called the Soul’s Journey, achieving certification for hands-on healing using the energies embodied in the tree of life.

Not bad for a former pom-pom squad captain who once played Dolly in Hello Dolly! She is now the proud mom of two adult children, Charlie and Jackson, who were born and raised in Atlanta. Jill Loree is delighted to be married to Scott Wisler, but continues to use her middle name as her last (it’s pronounced loh-REE). In her spare time she enjoys reading, writing, yoga, golf, skiing and hiking, especially in the mountains.

In 2014, she consciously decoupled from the corporate world and is now dedicating her life to writing and teaching about spirituality, personal healing and self-discovery.

Catch up with Jill at www.phoenesse.com.

Reviews of Living Light: On Seeking and Finding True Faith by Jill Loree

You have subscribed to Smashwords Alerts new release notifications for Jill Loree.

You have been added to Jill Loree's favorite list.

You can also sign-up to receive email notifications whenever Jill Loree releases a new book.