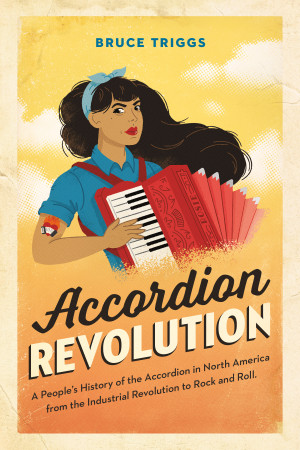 Accordion Revolution: A People’s History of the Accordion in North America from the Industrial Revolution to Rock and Roll

Bruce Triggs spent ten years living with the homeless at the radical Catholic Worker community in Tacoma, Washington. While there he broke his first squeeze-box at the 1999 WTO demonstrations in Seattle. For over a decade he has hosted the Accordion Noir radio program in Vancouver, British Columbia, and was in on the ground floor at the annual Accordion Noir Festival. After meeting many fabulous accordion players, Bruce decided to write about the instrument rather than learn to play it. He now lives alone in a bachelor pad surrounded by broken accordions. (These things may be related.) Amidst all this he has co-parented delightful and talented twins with their queer moms, an extended family, and their cranky rescue cat.

You have subscribed to alerts for Bruce Triggs.

You have been added to Bruce Triggs's favorite list.

You can also sign-up to receive email notifications whenever Bruce Triggs releases a new book.