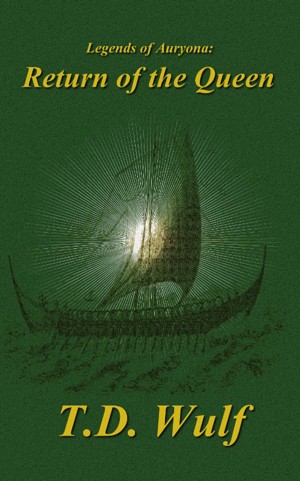 Legends of Auryona: Return of the Queen

Years went by and tyranny, war, and bloodshed mixed with rumors that the queen still lived. Terquin and Hrolf fought over their father's throne, using the people as their weapons. It seemed as if nothing could be done to save the people and the land from the darkness that shrouded them.

One man broke away from Terquin and waged his own war. Morgard, loyal to the king and queen, served Terquin for too long. He broke ranks and set out for eastern Eire. There he will make his stand, there he will wait for his Queen.

Morgard's actions will turn the tables on Terquin. The new shift in power and loyalty will open the door for the queen to return. Her return to her land will not be the end of the story. They will not simply yield the throne to her. The battle to reclaim the throne will shape Eire's future.

I am a budding author from the Pacific Northwest. I am currently working on the second book in the Legends of Auryona series, as well as preparing for work on a SciFi novel.

Writting is a passion I didn&#39;t know I had until just a couple of years ago. I hope to one day spend most of my time writting.

You have subscribed to alerts for T. D. Wulf.

You have been added to T. D. Wulf's favorite list.

You can also sign-up to receive email notifications whenever T. D. Wulf releases a new book.